Demolition to make way for the new Walmart 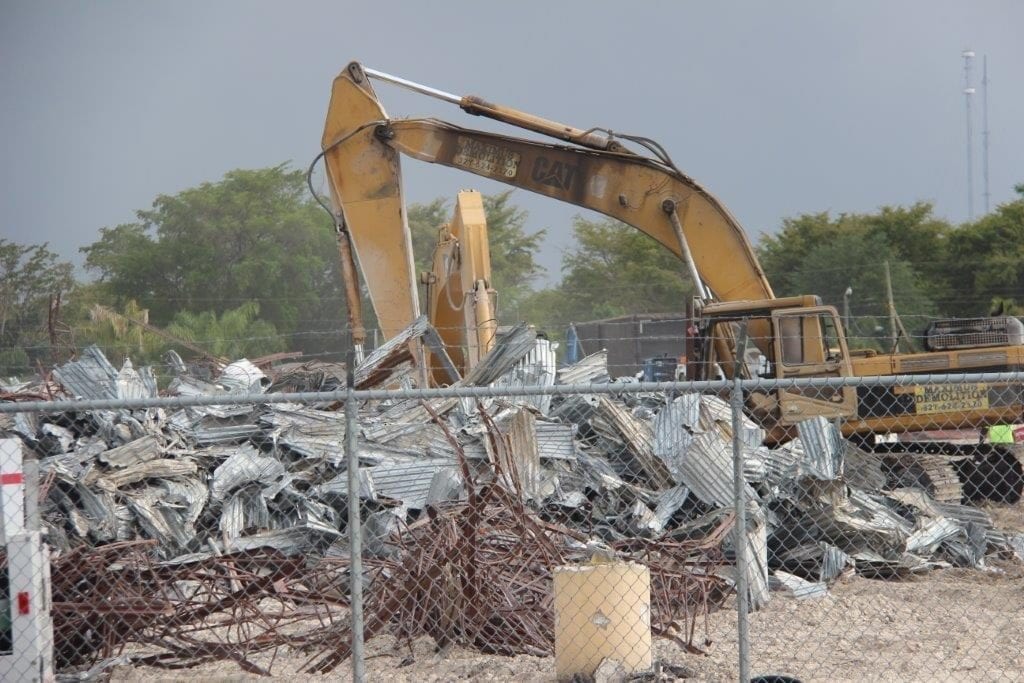 Demolition of the old “Millennium Hollywood’s City Place,” located on the corner of Hollywood Boulevard and 441 is now taking place. Once this is complete construction will soon begin on the new “The Place at Hollywood”.

Phase One of construction will include five one-story buildings containing over 200,000 square feet of commercial, office and restaurant space.  The property will be anchored by a Walmart Supercenter, and will also include Taco Bell, Pollo Tropical and TD Bank. There are a total of 40 acres being managed by Dacar Management.

In addition there are several acres of land available for redevelopment on the direct corner of Hollywood Boulevard and 441 owned by Chai Developers and managed by Tobin Properties which include a 153,000 square foot retail store and outparcel that could accommodate an additional 5,000 square foot commercial space.  “The Place at Hollywood” is scheduled to open to the public in 2015, according to Joann Hussey, spokesperson for Hollywood.

Davon Barbour, Director, City of Hollywood Department of Community and Economic Development is pleased that the Walmart will soon be built. “Walmart is the world’s largest retailer. The presence of Walmart in Hollywood signals confidence in the market and inspires other prominent retailers, as well as local businesses, to join the new State Road Seven. Private investment such as the redeveloped Millennium Mall where the Super Walmart will be constructed, combined with over $20 million in roadway improvements along the State Road corridor marks a bright new day for the City. This project represents new jobs, area revitalization, and a stronger tax base,” said Barbour.

Opened in 1972, the one million square foot “Hollywood Fashion Center” was home to four anchor stores, Burdines, Jordan Marsh, J.C. Penny and Richards.  The Center was a popular shopping destination until the early 1980’s when tenants left the mall in favor of the much larger Pembroke Lakes Mall that had opened nearby.

By the early 1990’s less than 30% of the Fashion Center was filled, forcing the property owners to file for bankruptcy protection.  The Center was auctioned off in August of 1993 and stayed vacant for the next decade.

In October 2003, the mall opened as in indoor flea market and was re-named “The Millennium Hollywood’s City Place”.  Property owners invested over $20 million dollars to refurbish and update the property.  Upgrades included an ice rink and merry-go-round.  Declining foot traffic caused tenants to abandon the mall, which closed its doors again in 2004.

In 2012, Walmart expressed an interest in the 40 acre lot; The City of Hollywood approved a three phase plan for the property in late 2013, according to Hussey.