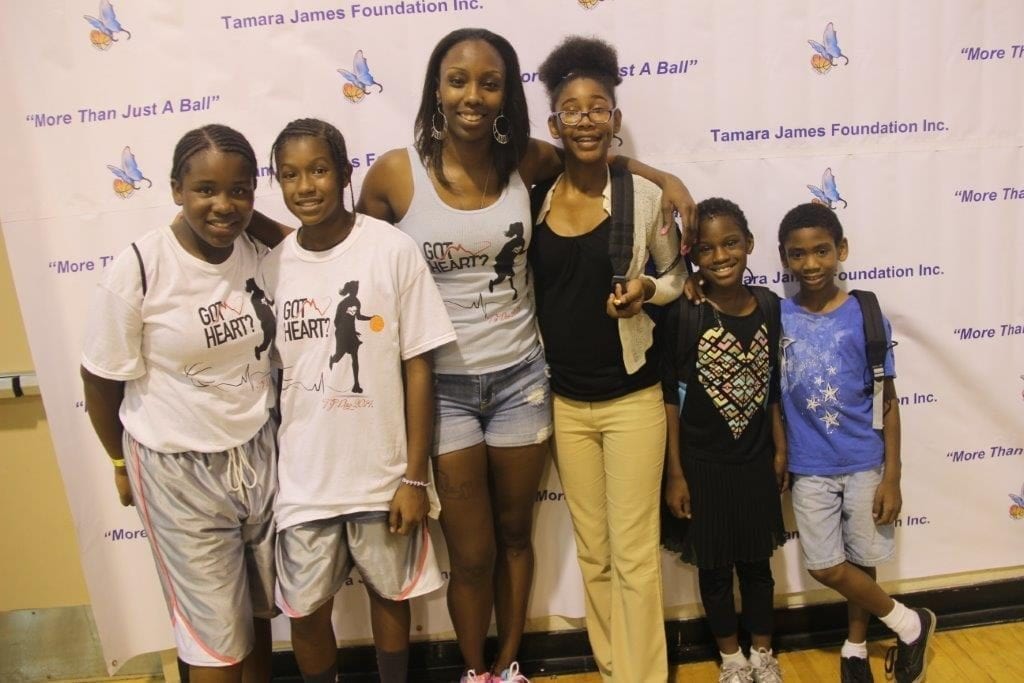 Tamera James has enjoyed tremendous success as a basketball player. She led South Broward High School to three girl’s state basketball championships. At the University of Miami, she scored 2,406 points, a school record for both men and women. She played two years of WNBA basketball with the Washington Mystics for the past seven years has played professionally abroad. She now plays professional basketball in Israel.

And Tamara James wanted to give something back to her community. So she organized the Tamera James Fun Day at the Dr. Martin Luther King Community Center in Hollywood on August 2. The event featured bounce houses and a climbing wall, basketball clinics and games and healthcare checks. About 700 book bags with school supplies were given away. And it was a chance for kids in the community to come together and socialize.

“When I was growing up in Hollywood, there was nothing like this. I wanted to hold an event for the kids in the community,” said Tamara James.

Richard Walker, who helped run the event was pleased to see people coming together to have fun and receive book bags. “We want to make sure the kids are prepared for the upcoming school year. We want them to have book bags full of school supplies,” said Walker.

Basketball players from the University of Miami offered some coaching to elementary aged children during the morning. Then in the afternoon, high school basketball coaches worked with high school aged athletes.

James Sebea brought his six year old daughter Shelby Sebea. She enjoyed the climbing wall. “This is good for the community,” said Sebea.