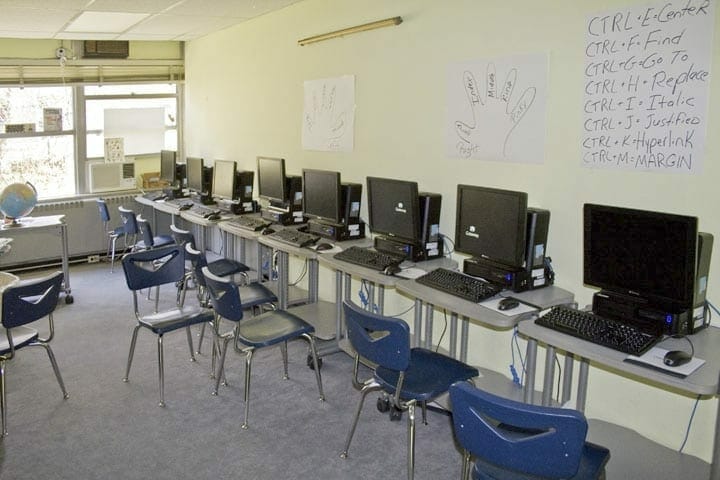 Broward School District Superintendent Robert Runcie is working to promote an $800 million bond to the residents of Broward County. They will get a chance to vote on the bond on November 4.

Runcie said that if the bond passes, more than $100 million of the money will be spent on Hollywood schools. This would be the largest portion of any Broward city. “This is based on the needs of Hollywood schools. Many of the buildings in the City are older and some maintenance has been deferred.”

But Runcie does not want people to think too locally regarding the budget. Many Hollywood students attend magnet schools in other cities and there are students from outside the City who attend magnet programs in Hollywood.

Most of the bond money will to the improvement of the school facilities. The money will be used to repair and replace roofs, walls and air conditioning systems. Also, money will be put toward the funding of construction of a single point of entry for every Broward County school. Also improvements will made to each school’s sprinkler system, fire alarms and emergency lighting.

Runcie emphasized that the bond will address critical needs in the school system. “Every school is going to get some impact,” said Runcie. “We will do a comprehensive assessment on every campus. We may replace some buildings if we determine it will cost more fix the building rather than build a new one.”

Runcie emphasized that the process has been transparent and that the bond is needed to repair and improve schools. Community meetings are taking place to education members of the community on the importance of the bond to education. There will be seven town hall like meetings called “A Conversation with the District” from September 8 through October 27 at various district high schools. There will be one at Hollywood Hills High School on September 22 from 6:30 p.m. to 9:00 p.m.

This bond is needed by the school system. In May 2008, the Florida Legislature reduced the tax on property values that provides capital revenues for school districts to address facility and equipment needs from $2 per $1,000 of taxable value to $1.75. In 2009, the legislature further reduced the tax rate by another 25 cents, to $1.50 per $1,000 of taxable value. Because of this loss, the Broward County school system was forced to cut $1.8 billion in capital projects for schools and facilities.

This means that Broward taxpayers are spending less on education than in previous years. Forty percent of the District’s school buildings are more than 25 years old and the average age is 27 years old. In all buildings, roofs, air conditioners, electrical systems and plumbing have a limited lifespan and need repair or replacement.