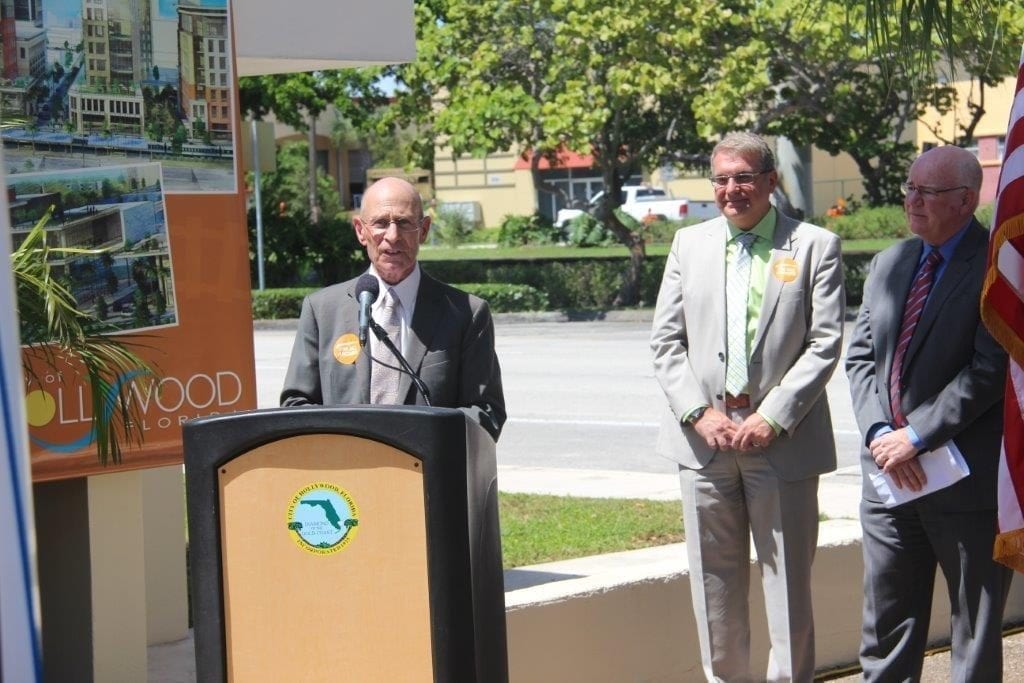 The All Aboard Florida train will be going through Hollywood and passing through the many intersections in the City.

But residents won’t be subjected to the loud train horns associated with trains passing through a crossing. During a conference in Hollywood an announcement was made that All Aboard Florida will provide $60 million and the Broward Metropolitan Planning Organization (MPO) will provide $4.2 million to create quiet zones at railroad crossings on the route All Aboard Florida trains will travel from Miami to Orlando.

Each crossing will be evaluated and then modifications will be made to ensure that it is safe enough that trains will not have to use horns when approaching and traveling through the crossings. This might include adding additional signs show pedestrians and motorists that they are approaching a railroad crossing or additional gates so that it would harder for a vehicle or individual to be on or close to the tracks when a train is approaching the crossing

Hollywood Commissioner Richard Blattner who also serves as chair of the Broward MPO spoke. He was pleased that the Broward and MPO and All Aboard Florida could work together to develop the Quiet Zones.

“This will be good for the City of Hollywood. All Aboard Florida and the MPO were able to work together. We have safer railroad crossings and no noise when a train passes through a crossing,” said Blattner.

When a train approaches a crossing, the engineer must sound the horn; two long blasts followed by a shorter and a longer blast 1,000 feet before reaching the crossing, according to Gregory Stuart, executive director of the Broward MPO.  But if enough safety precautions are in place at the crossings, the horns would not have to be used. The Federal Railroad Administration will evaluation each crossing to make sure they are safe enough so that horns don’t have to be used.

While the Broward MPO has budgeted $4.2 million toward the quiet zone project, it may only have to spend around $1 million and so the money could be allocated elsewhere, according to Stuart.

Don Robinson, president and chief operating officer for All Aboard Florida said he was pleased that quiet zones would be a reality “We were to partner with the MPO and we will make the railroad crossings safer,” said Robinson.

Hollywood City Manager Cathy Rivenbark-Swanson said she was pleased with the decision to establish quiet zones. “This will mean peace and quiet for residents,” she said.

Commissioner Peter Hernandez said he was glad that the resident of Hollywood would not be subjected to the noise associated with train horns.

All Aboard Florida trains will have stops in Miami, Fort Lauderdale and West Palm Beach and runs to Orlando. It will travel from Miami to Orlando in less than three hours.