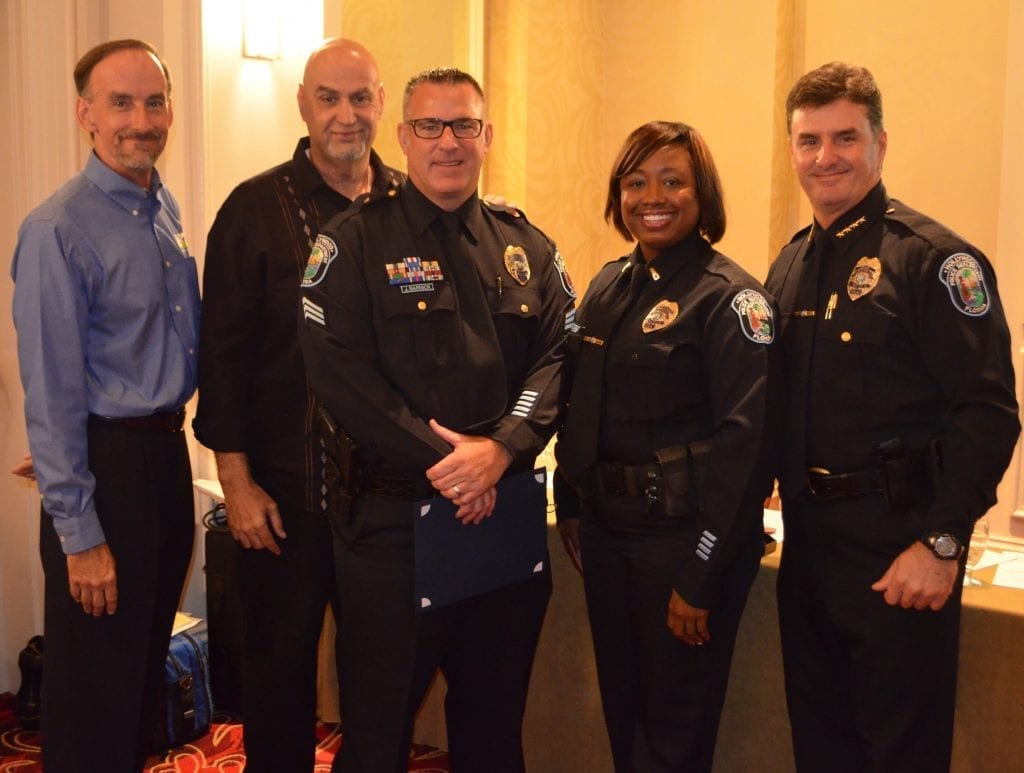 “It’s an honor to be recognized for the hard work the traffic unit does on a daily basis.  This was a collective effort by members of the Hollywood Police Department, NICB and other agencies.  It is gratifying to know that Hollywood Police Officers are making a difference in addressing the important issue of insurance fraud,” said Barnick.

The Hollywood Police Department, working in conjunction with the National Insurance Crime Bureau held and enhanced traffic enforcement operation throughout Hollywood on May 28. The objective was to combat the fraudulent use of insurance cards and people operating their vehicles without valid insurance. There were 15 officers; eight from West District and seven from East District, specifically to the operation. The officers conducted enhanced traffic safety enforcement with the added ability to ensure that the insurance cards that were presented to them by the violators were in fact valid. Also, 26 private insurance companies took part in the operation with more than 40 investigators participating. The operation provided an opportunity for networking between the Hollywood Police Department and the insurance investigators.

Uninsured motorists cost millions of dollars every year to the residents of South Florida. Insurance companies are forced to raise rates to off-set those costs associated with those who do not possess valid insurance. This operation, was designed not only to enhance traffic safety in the City of Hollywood, but to ensure all drivers who were stopped possessed legitimate, valid insurance.

The 6-hour operation was a success for Hollywood. The partnership with the National Insurance Crime Bureau will have long lasting positive effects.  N.I.C.B. recently shared a Claim Search computer program that will significantly help the Traffic Hit and Run Unit.  The networking that occurred between the insurance company investigators and the members of our Traffic Homicide Unit has already paid dividends.  Having a “go to” person a phone call away is an asset to Investigators and vice versa for the insurance investigators.  They are assisting the Department with training in regards to “staged accidents”, another very prolific criminal enterprise occurring widely in the tri-county area.  So, as successful as the operation was, the relationships created and the long-term partnership will far exceed the success of the operation.

Hollywood residents can take comfort in knowing that the Police Department recognizes and has taken action in regards to an important issue in our community.  Operations such as these are designed to identify and prosecute those who fail to obey the law, resulting in a safer community for everyone.  The partnership with the N.I.C.B. is a force multiplier and as this relationship with N.I.C.B. continues to grow. As a result, Hollywood residents can expect to receive a higher level of service.