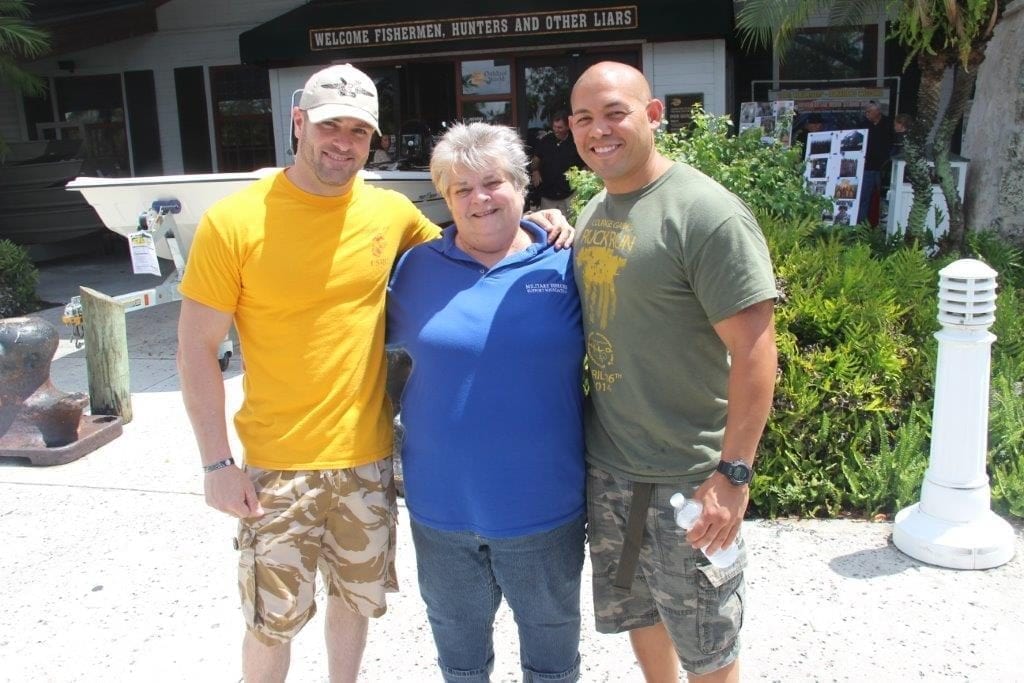 Carol Sain has a heart for U.S. military personnel. A Hollywood resident, she is vice president of the Military Heroes Support Foundation. This organization sends Care packages to military people who are deployed abroad.

Sain often packs Care packages at her home. “I never want to let a hero stand alone. I also work to help families of military personnel who are stationed abroad. I have helped families with young children get diapers and clothing. I will buy items for the Care packages,” said Sain. “I recently sent 60 Care packages.”

She has also worked to organize parties for the families of military personnel stationed abroad. And Sain is active in helping military people who have recently returned home. Recently the Foundation held a social event at Bass Pro Shops/ Outdoor World.

Ruben Ruiz, retired from the U.S. Marine Corps after a 13 year career. He reached the rank of Staff Sergeant. He sustained injuries while serving in Afghanistan. He appreciates the support he received from the Foundation and now is volunteering with the organization.

“I think is it important to send Care packages to people who are serving abroad. I know how much we appreciated the Care packages.”

Ruiz, who lives in Hollywood is now involved in helping military veterans make the transition from active duty military life to civilian life. He is president of operations for Heroes Entering Life’s Opportunities. He owns a tattoo business with two locations and is studying business at Nova Southeastern University. Ruiz plans to attend a fire academy.

Ruiz wants to help military veterans transition from the highly regimented life that most of them know to civilian life. He believes that military veterans offer a strong work ethic and an eagerness to accomplish tasks regardless of the obstacles.

Sean Varriale, a U.S. Marine is hoping to become a police officer. He is volunteering with the Foundation and knows how much military personnel appreciate receiving Care packages.