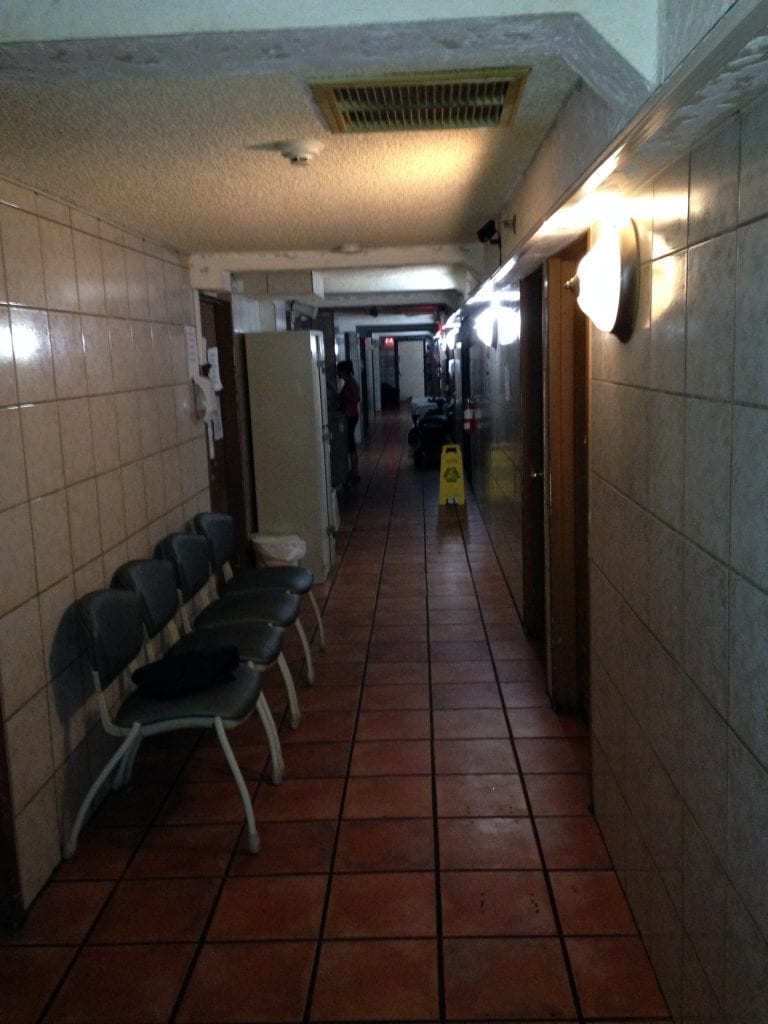 The City of Hollywood may purchase the land occupied by Sean Cononie’s homeless shelter on 1203 Federal Highway, seven homes and two time share facilities.
Cosac wants to expand its homeless assistance operations and the City desires to revitalize North Federal Highway. Both the City and Sean Cononie agree that Federal Highway is not an appropriate location for the operation. Because Cosac and Cononie also have other properties in Hollywood being used for homeless assistance, the City agrees to buy all Cosac and Cononie properties and pay them not to operate in Hollywood for 30 years.

Cosac will relocate its clients to a new location outside of Hollywood and deliver all the properties vacant. The City will resell the homes, demolish the shelter and arrange to the have the land redeveloped.

The Hollywood Commission will probably agree to purchase the COSAC property during the October 15 commission meeting tonight and will spend about $4.8 million on the entire deal. Commissioners seemed elated at yesterday’s workshop about the fact that the homeless shelter at 1203 North Federal Highway may soon be history. City Manager Cathy Swanson-Rivenbark said a contract has already been signed between the City and Cononie and now it awaits commission approval.

Local leaders share in the support of the purchase.  “The Hollywood Business Beach Association (HBBA) stands in support of the city’s proposition to purchase the package of real estate holdings from Sean Cononie and Cosac, consisting of the homeless shelter and a number of related properties for the price of $4.8 million,” said Debra Case, President of the HBBA.   “The elimination of the shelter, together with Cononie’s required compliance with the terms and conditions enumerated in the agreement will provide a critical prerequisite and foundation for the restoration and revitalization of our Federal Highway corridor as well as promote a benefit to redevelopment of the entire city of Hollywood.”
If five of the seven commission members agree to make the purchase, the City will spend $2,521,800 to buy the land and buildings from Cononie and another $2,521,800 so that Cononie will agree to not operate a homeless shelter operation for 30 years in Hollywood. Cononie plans to build a new facility to shelter the homeless on three acres of land in unincorporated Broward County northwest of Interstate 595 and State Road Seven.

The City will obtain the money for the purchase from an arrangement with Margaritaville and from the sale of the property to developers. The homeless shelter, which is in poor condition will be demolished.  “We want to develop this area. We are not turning our backs on the homeless but this is not a good place for a homeless shelter,” said City Manager Cathy Swanson-Rivenbark.

The date of the final closing will be around April 15, 2015. The transaction will include eight parcels of land including the homeless shelter at 1203 Federal Highway and two timeshares. The homeless shelter is valued at $1,200,000. The total purchase price for all the parcels is $2,521,800.

The Post Closing Agreement is for $2,298,200. Cononie cannot provide any kind of shelter short or long term including mass feedings. He is allowed to provide emergency transport in a state of emergency or Broward cold weather.

The City of Hollywood has hired Laurie Ann Walton to serve as the coordinator for the City’s efforts to help the homeless.