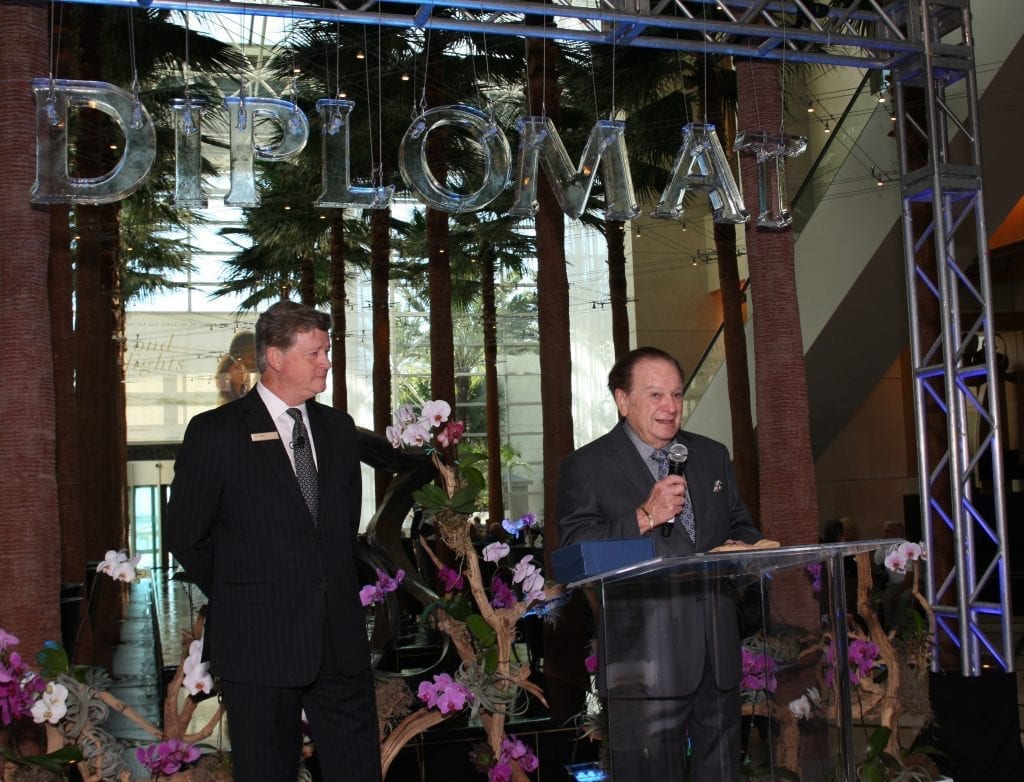 The historic Diplomat Resort & Spa Hollywood, along with its 900-plus employees, recently joined Curio – A Collection by Hilton.

South Florida’s premier beachfront resort and convention center, the Diplomat Resort was acquired last month by Thayer Lodging Group (“Thayer”), a Brookfield Company, and its institutional partners. The resort encompasses 998 rooms and suites, numerous restaurants and a spa, along with more than 200,000 square feet of meeting and convention space. Thayer previously announced the property would undergo a $100 million enhancement initiative to begin later this year.

The transition was marked this morning with a ceremony attended by Diplomat, Thayer, Curio and Hilton Worldwide leaders, along with resort employees, city officials and South Florida influencers.

“For so many, the Diplomat’s unique, storied history is a reflection of its authenticity and romanticism,” said Thayer Co-Chairman, Lee Pillsbury. “This new phase, complemented by Curio and Hilton Worldwide, and boosted with a major renovation, will significantly enrich an already dynamic destination.”

A hand-picked collection featuring one-of-a-kind properties, Curio lends Hilton’s renowned reputation and resources to hotels without redefining their independent spirit or the authentic experiences of its guests. “Curio meets the curious traveler’s need for local discovery and the properties’ desire to maintain their individuality,” said Dianna Vaughan, global head, Curio – A Collection by Hilton. “The Diplomat is a great example of the brand’s diversity and we look forward to welcoming business and leisure travelers alike, and offering them the opportunity to enjoy the benefits of our award-winning HHonors program.”

Opened in 1958, the original Diplomat was a lavish destination for the rich and famous to retreat. Now it’s South Florida’s largest beachfront resort and convention center. Towering 39 stories tall, the award-winning property has received top honors from Conde Nast Traveler and TripAdvisor, along with being named a top 100 meeting hotel by Cvent.

The hotel has remained open and fully operational during the transition with all existing guest reservations being honored. Much of the Diplomat’s management team has remained in place, including General Manager Edward Walls, who has overseen the resort’s operations, sales and since October 2011.

More information about Curio may be found at curiocollection.com.