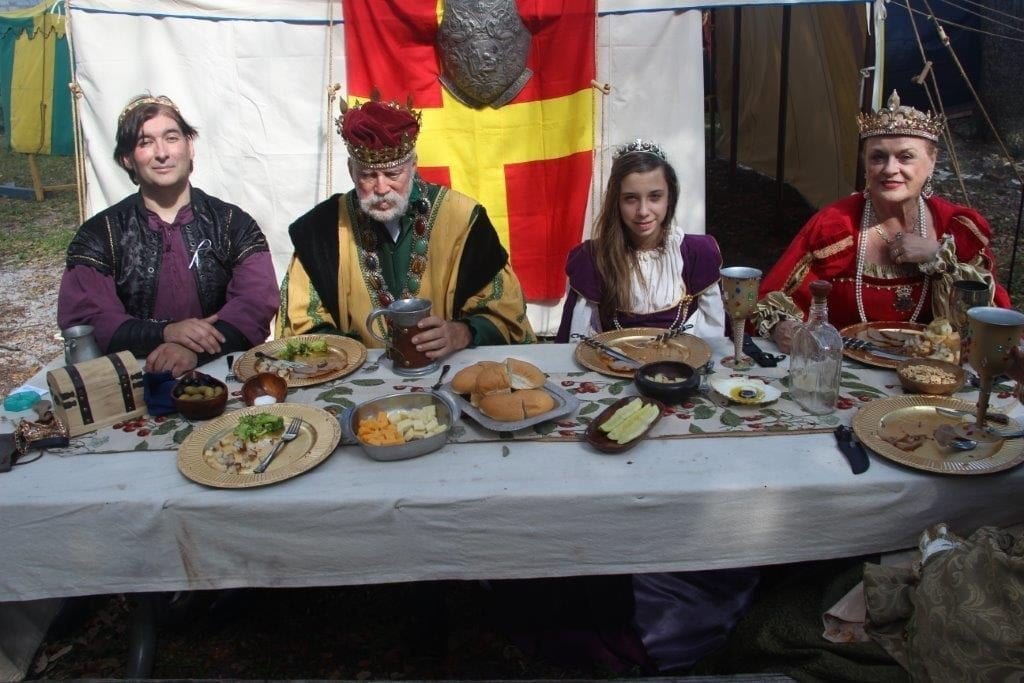 Knights, pirates, kings and queens and fairies were just some of the people who came to T.Y. Park in Hollywood to be a part of the Camelot Days Medieval Festival. There was plenty of live entertainment, food and fun activities. There was a jousting event and a lively presentation by the Royal Chessmen. The History of Chivalry organization offered full metal fights to a draw using medieval weapons and armor.

There were food vendors and people showing various aspects of medieval life. And for many people it was an opportunity to dress up in a medieval contest and escape into another time and place.

Tim Fraley got to be a pope. “I am playing the role of Pope Alexander the Sixth. I am having a good time today,” said Fraley.

Rob Rowland, president of the Royal Chessmen enjoyed performing at the event. “This is a lot of fun for us,” he said.

The Stefinsky family, Donna, Nick and Rachael dressed up as pirates and enjoyed being a part of the Festival. “It was fun for us to come here and be a part of this event,” said Donna.

Boaters needed to be careful at the Festival. There was a full encampment of pirates there. Susan Keast was the captain of the pirates “I love this Festival. We put on social events and have a good time as pirates,” said Keast as she was dressed in full regalia.

Jay Peirce was playing the role of Calico Jack. “I have met some good friends through my pirate life,” he said.

The History of Chivalry put on real full steel combat competitions. The participants wore full body armor and fought to a draw using medieval fighting equipment. The first combatant who was too tired to continue was considered the loser.

And there was a gentile side to the Medieval Festival. A group of girls dressed as fairies visited with young children and gave them fairy stones and shells. There was comedy style entertainment. It was a good opportunity to have some fun and take some time off from the real world.