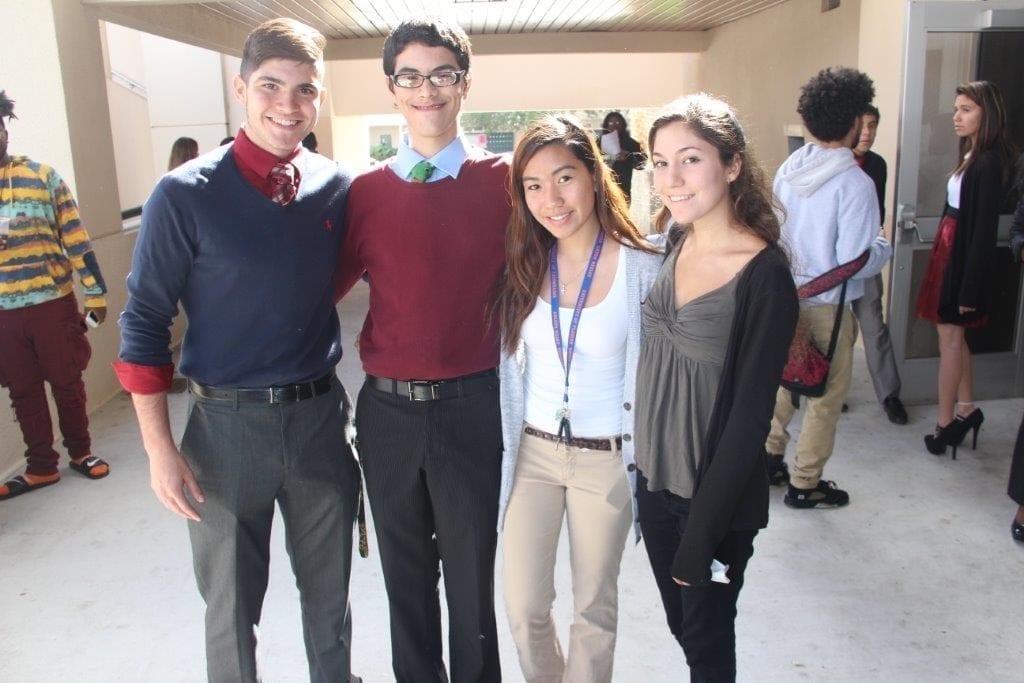 Gariel Lalanne is on a mission. She wants to bring school spirit to South Broward High School.

As president of the South Broward Student Government Association (SGA), she works hard to generate enthusiasm for the school among students.

“We do spirit events at lunch time. We will have games like musical chairs and have other events during the year,” said Lalanne.

Lalanne was among a group of SGA students who attended a presentation by Lt. Colonel Leo Gray, a member of the Tuskegee Airmen World War II fighter pilots.  He was one of the first African-American military aviators in the United States armed forces, having served with the 100th Squadron of the 332nd Fighter Group.

The presentation took place during a meeting of the Broward County Association of Student Councils (BCASC).

The South Broward SGA recently held a fun run around the perimeter of the school to raise money to send a military veteran to visit the National World War II Memorial in Washington, D.C.

“We believe it is important to honor our veterans,” said Lalanne.

Gray spoke to the students about his experiences flying combat missions over Germany during World War II. He discussed some of the accomplishments of the Tuskegee Airmen. He also shared experiences of dealing with segregation. After the war, Gray went on to earn a bachelor’s degree from the University of Massachusetts and master’s degree from the University of Nebraska. And he continued serving in the U.S. Air Force.

Last year, as part of the South Florida Honor Flight Mission, middle and high schools raised approximately $30,000 to send 43 World War II and Korean War veterans to visit the National World War II Memorial in Washington, DC. This year’s goal is to raise enough money to send at least 112 veterans to Washington, DC in the Spring Honor Flight leaving from Fort Lauderdale/Hollywood International Airport in May 2015. Students will also prepare items for the trip, as well as a special homecoming parade and celebration when the veterans return.

“We are having a kick ball tournament that any student regardless of athletic ability can participate in raise money. The entry fee is $25,” said Anthony Vazconez, of the McArthur SGA. “We want to honor these veterans. Many of them are dying. In a few years, this project will be over.”

The McArthur SGA is also collecting money for the Honor Flights by going to classrooms and asking students to donate change.

Members of the McArthur SGA are proud of their recent Harvest Drive campaign. The goal was to provide food to lower income families in the community. “This was a way for us to help families in need,” said Marine Schreiber, a McArthur SGA member.

“We are especially proud of our students for providing a gift of thanks and gratitude to our veterans for their sacrifices, and for raising awareness of the Honor Flight,” said Superintendent Robert W. Runcie. “We are honored to support their efforts.”