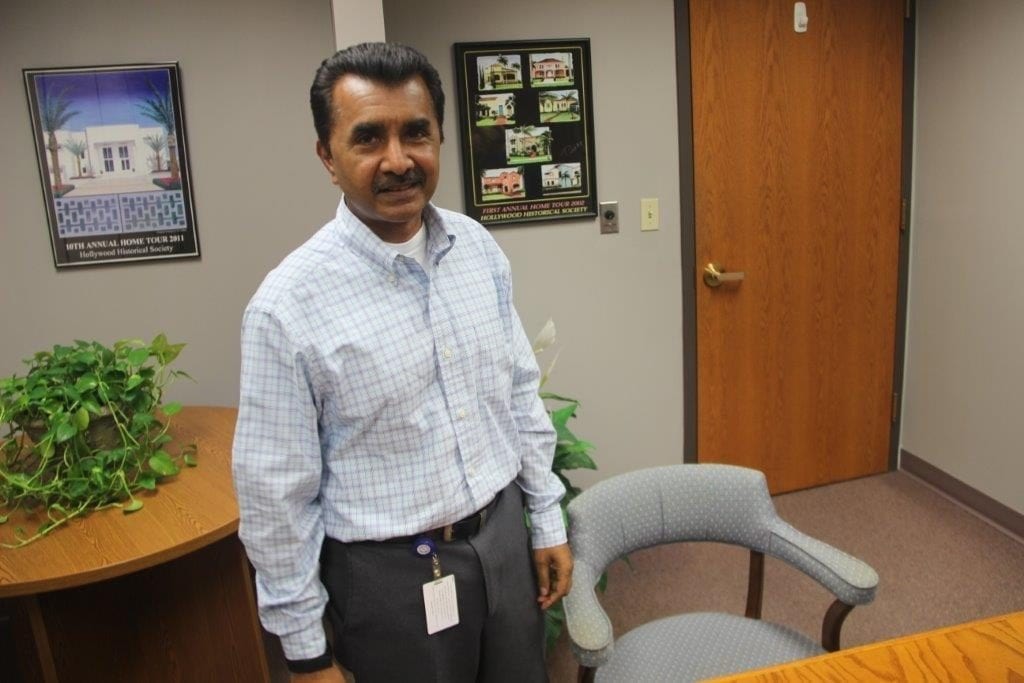 Dr. Wazir Ishmael is excited about his new position as Hollywood City Manager. He believes in the City and what it has to offer residents and businesses.  He had served as Deputy City Manager of Miramar and Hollywood assistant city manager but received a unanimous vote to be the city manager at a recent commission meeting.

“I want to move the City of Hollywood forward,” said Ishmael. “We have a strong community and a strong business sector. And we have a lot to offer businesses in Hollywood and businesses that would consider locating to the City. We have an airport and a seaport and we have a beach.”

Ishmael would like to see further development of the City. He wants to continue efforts to develop the downtown section and the beach area and he wants to see more development in the western portion of Hollywood. He want to establish a strong partnership between the city and business leaders.

“We have a lot to offer. We’re in a great location. We have a diverse population, a stable infrastructure and we have great beaches,” said Ishmael.

He hopes to see the development of more technology oriented businesses, marine industry and aviation. And he wants to retain older businesses in Hollywood. He believes that getting a group of innovative businesses together will be good for the City.  Ishmael is also hoping to see further development of the arts community. He is pleased with plans to make Hollywood an arts center.

During the commission meeting where he was named the new city manager, Ishmael said he was humbled to be given such an opportunity and promised to serve with integrity and passion and would ensure that the government would be run with full transparency.