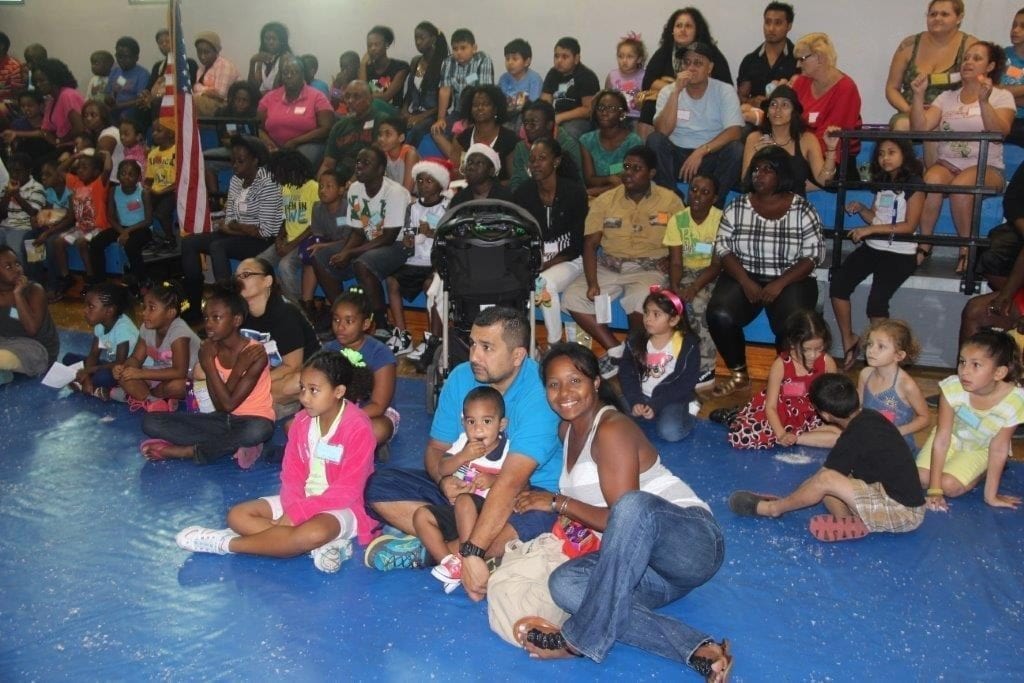 Various Hollywood community organizations helped put on the event. Members of the St. Luke Lodge Number 530 in Hollywood held a party and asked those who came to bring at least two toys. Those toys were given away at the distribution event.

“This is the right thing to do. We are Masons and this is part of our lifestyle to help others in our community. We were glad to be a part of this event,” said Aaron Griffin, Worshipful Master of the St. Luke Lodge.

Nadine McCrea, founder of Community Enhancement Collaboration, Inc. said she was pleased to so many people from the community coming together to help children from difficult circumstances have a good Christmas. About 200 children and teenagers received either two toys or a bicycle. The bicycles were raffled off. Those who children who did not received a bicycle received two toys. Many of the children who received the gifts are from families that are clients of Community Enhancement Collaboration.

“This is something I have wanted to do since I was a little girl. I wanted to have a room full of toys that I could give away to children,” said McCrea.

Many of the bicycles were donated by South Broward Wheelers. Other major sponsors included EZCORP Foundation, Hollywood Kia, the Hollywood Women’s Club and other organizations and individuals in Hollywood.