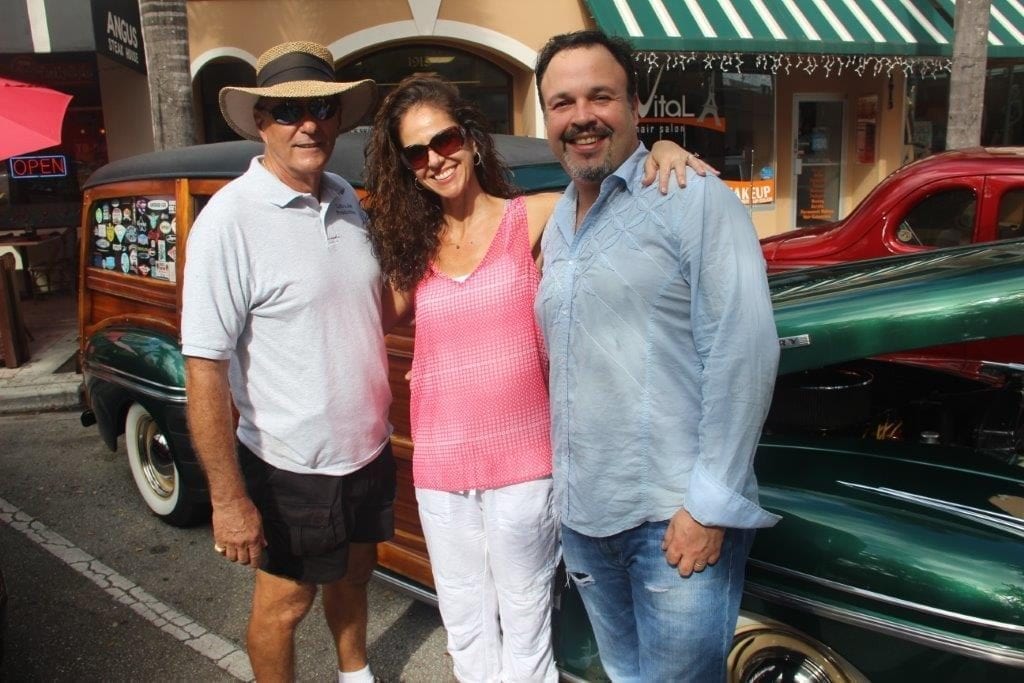 Nancy and Mike Duckworth love their 1940 Ford Coup. They have owned it for 35 years and show the restored vehicle at car shows around the nation.

“We have enjoyed owning this car for years and we like to travel to car shows. We have been all over with this car. And we enjoy being a part of the car show in Hollywood,” said Nancy Duckworth.

They were among a group of people who displayed their cars at the Dream Car Classic Car Show in Downtown Hollywood. There were about 90 cars of various ages and types on display. Many had been lovingly restored and looked better than new. Those who came to the show could enjoy live music provided by the Pitbull of Blues Band. Julie Guy, the morning host of 101.5 Light FM and Rick Bedford, “Rockin Rich,” were co-hosts of the show. Many restaurants along Hollywood Boulevard offered specials during the show. It was fun and festive atmosphere.

“This is a nice way to kick off the new year. I am happy to be here and I enjoy co-hosting this show with Rockin Rich. Lots of families are here today,” said Julie Guy.

The event was co-sponsored by the Downtown Hollywood Business Association and the Hollywood Community Redevelopment Agency (CRA).

Connie Childers, owner of a 1934 Ford said he enjoyed being a  part of the show. “For me, restoring this car is a hobby. I like to drive this car,” said Childers.

Louis Figuerado brought his 1932 Model B Ford. “I have had this car for 50 years. I restored this car. I like being a part of this show,” he said.

Bob Shay, the owner of a 1949 Cadillac enjoys restoring cars. “I have rebuilt about 50 cars. I enjoy being a part of this show,” said Shay.

Joe Bevelacqua, of Cobra Joe Productions, the organizer of the show, was pleased to see people coming together in Downtown Hollywood to have a good time.

The Dream Car Classic Car Show takes place on the first Sunday of every month and is a fun and family oriented event.