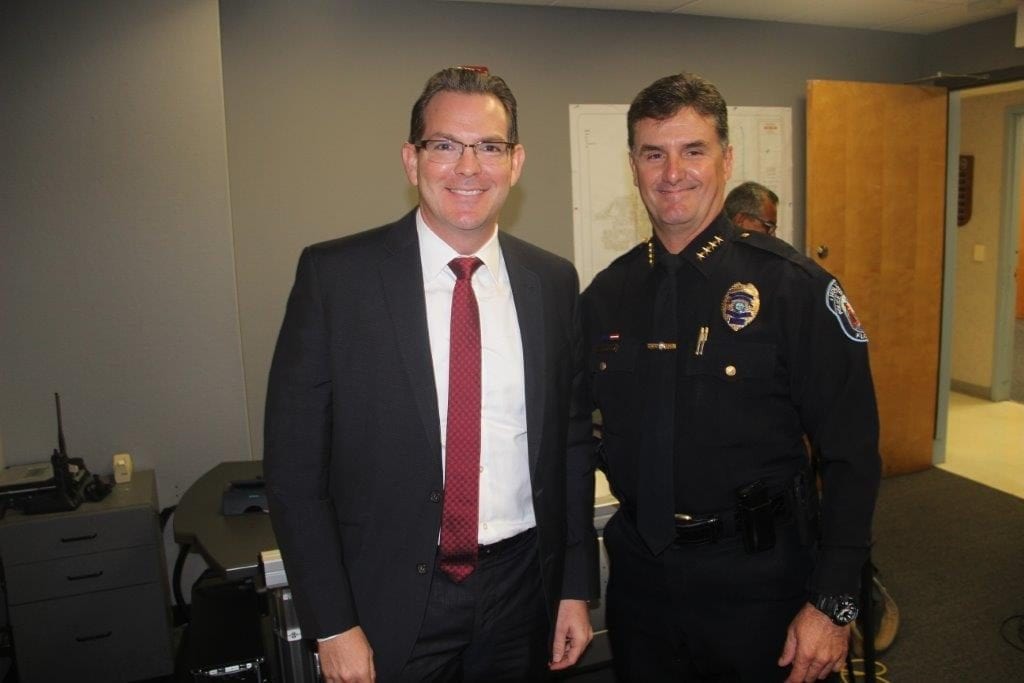 Fernandez will to go to Coral Gables where he will become the director of public safety and assistant city manager. “I love Hollywood and have a great passion for the community. I have great respect for the city manager and the city commission. I am leaving for quality of life reasons,” said Fernandez.

Hollywood Mayor Peter Bober said he will miss Fernandez but understands people move on for new opportunities. “This will be a loss for the city. He has done a good job,” said Bober.

Fernandez had served 25 years with the Miami Police Department. He began as director of public safety and assistant city manager in Hollywood in August 2012. He was named Hollywood Police Chief in August 2013. Fernandez was well respected in the Hollywood community but was strongly criticized by the by the Broward County Police Benevolent Association.

As chief Fernandez conducted a full review of the police department. His audit revealed several discrepancies in internal affairs, the property and evidence unit and sexual battery investigations.

“I am proud to say that today the property unit is in the process of addressing all the issues that were identified. And the investigation of the untested rape kits in the sexual battery unit has resulted in seven arrests, two of which were serial rapists. Additionally the internal affairs unit exceeds all of the national best practices to ensure proper oversight of police misconduct,” said Fernandez. “I am also proud of the number of officers we have hired. When I started there were 48 vacancies and today we have hired more than 100 officers. We have provided more training to our officers than at any other time in the history of the Hollywood Police Department.”

Fernandez is also proud that of the technological advances of the police department. “The CCTVs and license plate readers have provided a force multiplier for our officers as well as provided great support to reduce crime. In the last two years, crime was reduce d by more than 30 percent. And of significance there has been a reduction of burglaries in the past two years. In the past year, the number of burglaries has been at its lowest point in the history of Hollywood. I am proud of the leadership team and how they have been able to persevere through the darkest times of the past of Hollywood police history and into a bright future,” said Fernandez.

He will be working for Cathy Swanson-Rivenbark, who resigned from her position as Hollywood City Manager last year to become the City Manager of Coral Gables. “I am looking forward to the challenges that lie ahead and continuing to contribute to public safety and law enforcement. “

A new interim police chief has not been named at this time.