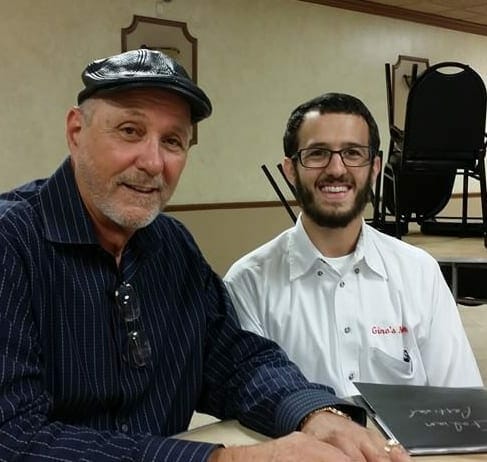 The first South Florida Italian Culture & Heritage Festival will premiere on Sunday, October 11, 2015 from 12pm till 8pm at ArtsPark at Young Circle in downtown Hollywood. The Festival is being co-produced by Anthony Paparella of Gino’s Market and Joe Bevelacqua of Cobra Joe Productions, both based in Hollywood.

Their shared mission is to create a festival that will highlight the best of Italian and Italian American culture in our region and to create an annual tradition that will continue for many years to come.

South Florida has many ties to all of Italy’s twenty diverse regions and Italians are known around the world for their contributions to almost every industry, ranging from fashion to science.  The festival will also coincide with various local Columbus Day celebrations.

“We want to create an annual event that highlights the very best of Italian culture to be enjoyed by Italians, Italian Americans and those that love everything Italian,” said Paparella, who is the third-generation of owners, with his father and grandfather, of Gino’s Market, a landmark business in Hollywood since 1985.

A portion of the proceeds from the Festival will benefit the Joe DiMaggio Children’s Hospital, one of the region’s leading pediatric hospitals, offering a comprehensive scope of healthcare services and programs in a child-friendly atmosphere. JDCH has the only pediatric trauma center (Level I) in South Broward County and has recorded approximately 101,342 pediatric emergency department visits.

“Through the Festival, we hope to draw attention to the Joe DiMaggio Children’s Hospital, which is an important resource for children and their families in our community,” said Bevelacqua, a resident of South Florida for 65 years. His company, Cobra Joe Productions, stages car shows throughout South Florida, including the Dream Car Classic in Downtown Hollywood and live entertainment at local venues.

The Festival will include a variety of food and wine vendors, as well as activities for adults, including a Bocce Court and a diverse offering of activities for children that will be coordinated by the Joe DiMaggio Children’s Hospital.

The entertainment lineup will be presented throughout the day by DJ/MC Rockin’ Rich Bedford and will include headliners, The Mystics, who were recently inducted into the National DooWop Hall of Fame. Other acts include Spanky and Dino, Josh Rowand’s Pitbull of Blues Band and Jimmy Cavallo and his House Rockers.

The Festival has been endorsed by the National Italian American Foundation (NIAF). Updates can be found on social media using the handle @SoFlaFeast and hashtag #SoFlaFeast, as well as on the website at www.soflaitalianfeast.com .

South Florida Italian Culture & Heritage Festival will launch on October 11, 2015 at ArtsPark at Young Circle in downtown Hollywood, Florida. The Festival is co-produced by Anthony Paparella of Gino’s Market and Joe Bevelacqua of Cobra Joe Productions who share a vision to create an annual festival that celebrates the best of Italian culture in South Florida and will become an annual tradition for many years to come.