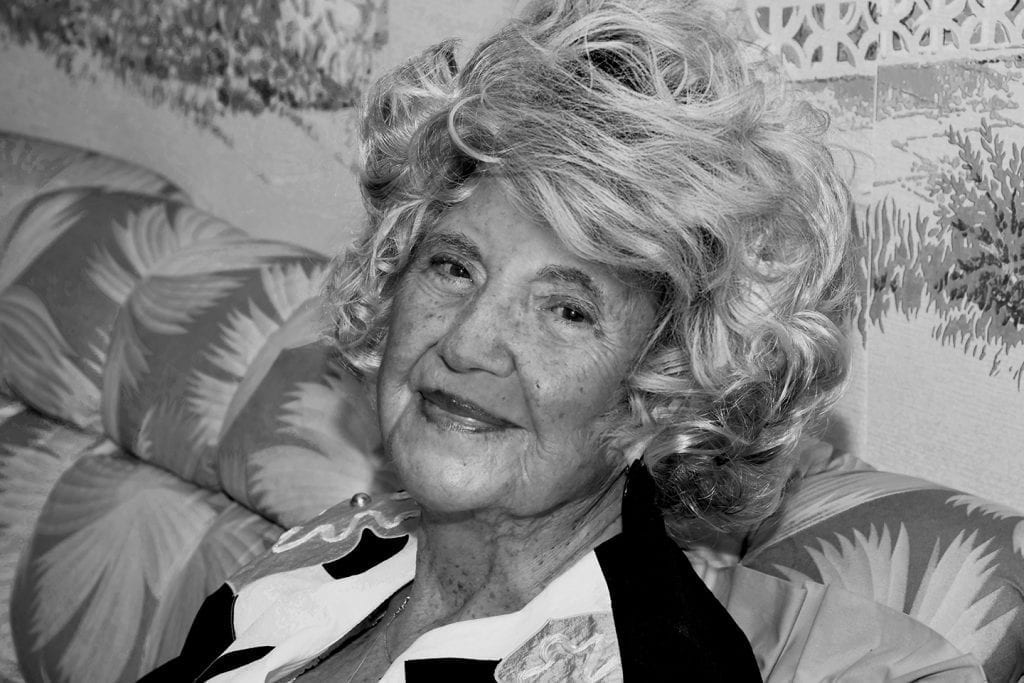 Dancing has been a passion for Josephine Viola since she was 13. She only recently gave up dancing, at age 95 and will turn 100 on July 9.
Born in Newark, New Jersey, Viola spent her working life in the garment industry. She worked for three different factories, mostly pressing dresses. “The work was hot because of the steam but I made good money. And I worked alongside men,” she said.
She completed the eighth grade and attended one year of business school. Viola would joke that she went straight from the eighth grade to college.
As a centennarian, Viola has seen a lot of life’s ups and downs. “I remember the depression and many people had no food. My father had a business so we were alright. And he would help people who needed it,” she said.
Viola married Anthony who worked for General Motors during World War II making airplane parts and later in life tended bar. He is deceased. They had three children, Marilyn, Darlene, and Frank.  Josephine lives with her daughter Marilyn in Hollywood. She now has five grandchildren and three great grandchildren. Frank lives in Pennsylvania.
Much of life was fun for Viola because of her love of dance and good times. “I would go to the Roseland and Copa Cabana ballrooms in New York and dance. I loved ballroom dancing and so did my husband. People loved to watch him dance. We really knew how to dance,” said Viola.
And she can remember adjusting to her children’s generation. Viola did not enjoy listening to Beatles music and greatly prefers ballroom dancing to the dancing that younger people enjoy.
Her daughters remember growing up in a traditional household. “I remember her singing in the morning. On Sundays we would always have pasta and I remember her making the sauce,” said Marilyn, who works in home healthcare.
Darlene can remember the challenges that her parents experienced in understanding young people in the 1960s and 1970s. Darlene became a hairdresser and first worked in New York and then Las Vegas, before settling down in Hallandale.
Viola has lived in Hollywood since 1979, and continued her passion for dancing. On many nights, Viola would go to dances at the Hollywood Bandshell and at local clubs that offering dancing and social events. She attended the Nativity Church and would enjoy card games with friends.  Viola gave up driving in 1959 and become comfortable getting around on a bus and walking. “I would walk two or three miles to get somewhere,” she said.
And at 100, Viola does not look and act like an elderly woman. She still loves to play cards and other games. While she has suffered some hearing loss, she is an engaging person to have a conversation with. Viola loves to read.
Family and friends are planning a big party for Viola on July 11 at Tropical Acres. People will be coming in from all over the celebrate.