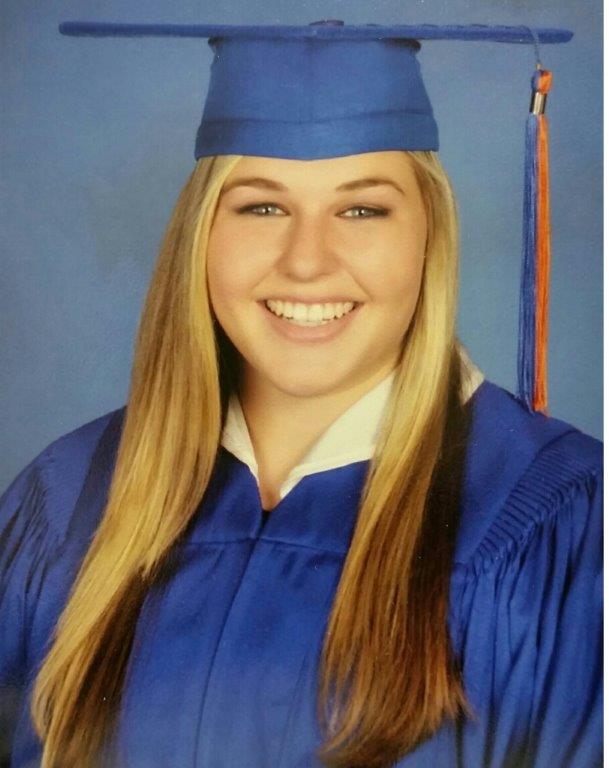 Tran Hoang D. Nguyen has enjoyed many successes at Hollywood Hills High School. She was the salutatorian of the class and received the Presidential Academic Award. She was a member of the National Honor Society and the Key Club. Nguyen also earned recognition in the Hollywood Hills JROTC program.

During her freshman year, she was best female cadet in Bravo and in her sophomore year she was best female cadet in Delta. She was less active in extracurricular activities her senior year because she was taking college courses. But success did not come easily for Nguyen. She came to the United States from Vietnam nine years ago. Her family came to Florida from Texas when she was in the fifth grade.

They had to overcome a language barrier. “We did not know English well. My parents came to the United States to give me a better life. I saw how hard they worked. Even though they were tired, they always had smiles on their faces,” said Nguyen. “I convinced myself I must do well. My motivation was my parents and myself.” Nguyen will study International Business at Nova Southeastern University this fall. Kathy M. Behl-Whiting, a guidance counselor at Hollywood Hills added, “She is a delightful young woman with seemingly boundless energy and enthusiasm.”

Shannon Carver had a 4.1 grade point average while participating in the National Honor Society, Culinary Club, Get Loud Crowd, and Student Government.  She was also the captain of the Varsity Softball team and was part of the Varsity Volleyball team.  Shannon had over 469 community service hours.  She has accepted a scholarship for Softball and will attend West Virginia Wesleyan in the fall.

Maranda Parish earned a 4.17 grade point average.  She was the Drama Club president and a member of the literary magazine.  She has participated in Relay for Life for four years.  Maranda Parish completed seven AP courses.  She plans on attending University of Central Florida and major in Theatre Studies.

Jones ranked 13th out of 448 in her senior class.  She had a 4.7 weighted grade point average and has earned a 1280 on the SAT.  Jones was a student in the South Broward Marine Magnet program.  She completed advanced placement courses and AICE courses along with dual enrollment classes. She was a member of the Math honor society, a Gates Millennium Scholarship finalist and a Quest Bridge National College Math Scholar. Jones plans to attend The University of Virginia and major in Biology.

Finishing fourth in her class,  Reed’s weighted GPA, the GPA that takes into account honors and AP level courses, was just over 5.0.  Reed earned a 1350 on the SAT and 27 college credits during her senior year.  She is the recipient of the AP Scholar award given by The College Board. Reed has been class of 2015 president for the past three years and is co-founder and co-president of Future Medical Professionals club at our school. As the recipient of the Posse Leadership Scholarship, she plans to attend Pomona College in the fall where she will major in Biology.

Yasmeen had a weighted grade point average of 5.22 and ranked first in her class of 530 students.  Yasmeen currently serves as president of Mu Alpha Theta and vice president of National Honor Society.  As a result of her hard work, Yasmeen has been honored with multiple awards including Silver Knight Nominee in Mathematics, member of the Senior Class Hall of Fame, and winner of both the AP Scholar Award as well as Comcast Leaders and Achievers Scholarship.  Sarsour has not decided where she wants to go to college. She has been accepted into University of Florida, Florida International University, Miami, and Emory.

Anthony had a weighted grade point average of 5.2 and ranked second in his class of 530 students.  He was the captain of the wrestling team and secretary of the Broward County Association of Student Councils and vice president of Mu Alpha Theta. Anthony was recently honored with the Sun Sentinel Athlete Award for is commitment to being a student athlete.  He has been accepted to Boston College, Georgia Tech and Penn State University.