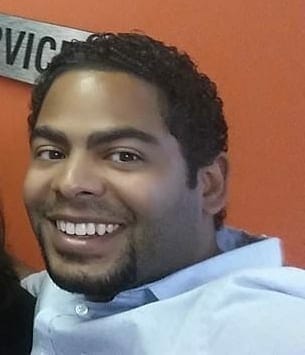 Long before Stephen Rowe II became the Greater Hollywood Chamber of Commerce’s 2015 Small Business Person of the Year, he learned about leadership and dedication to service during his decade serving in the U.S. Army.

Rowe, the co-owner of Mr. Restoration, a 24/7 water, mold, fire and smoke emergency service company in Hollywood, was honored May 26 at the Broward County Council of Chambers annual luncheon along with 13 other chambers’ Small Business Person of the Year recipients.

Rowe was selected for the local honor based on his business leadership, business ethics, personal community service, and high level of service, commitment and energy directed toward business community efforts, in addition to being the owner of a profitable small business (less than 100 employees).

The Dayton, Ohio, native entered the military in 1994 and served in a variety of duties and assignments, including expert rifleman, Army paratrooper and squad leader responsible for the combat readiness of crew, vehicles and equipment in excess of $1.5 million. Notable deployments included the former Republic of Yugoslavia and Operation Iraqi Freedom. These challenges and accomplishments set the standard for Rowe’s “can do” attitude.

It also was in the Army where Rowe met his future business partner, Matthew T. Mailey, when the two young men were only 19. After serving their time in the Army, the best friends pursued careers as independent insurance adjusters and worked thousands of property claims adjusting losses for fire, smoke, mold, water, hurricanes, tornados, floods and earthquakes.

Through their dealings with various restoration companies, Rowe and Mailey realized that most of them were overcharging and not delivering what was promised, and these companies also had no real understanding of how to help their customers with the insurance aspect of the claim. Recognizing an opportunity to be a much greater benefit to their clients, Rowe and Mailey founded Mr. Restoration, which addresses water, fire and mold damage in residential and commercial properties.

Rowe, a self-proclaimed “country boy with city ways,” settled down in 2008 in South Florida, where he is extremely active in the community as a dedicated member of the Greater Hollywood Chamber of Commerce and its Board of Directors, a graduate of Leadership Hollywood Class 37 and a member of the Hallandale Beach Education Advisory Board.

When the Chamber had flooding last summer, Rowe took care of the disaster response, and his team was reliable, competent, professional and courteous. Clients choose to work with Rowe for his ethics, experience and expertise, and his strong base of loyal customers has led to significant growth of Mr. Restoration, including a second location that will be opening in Tampa.