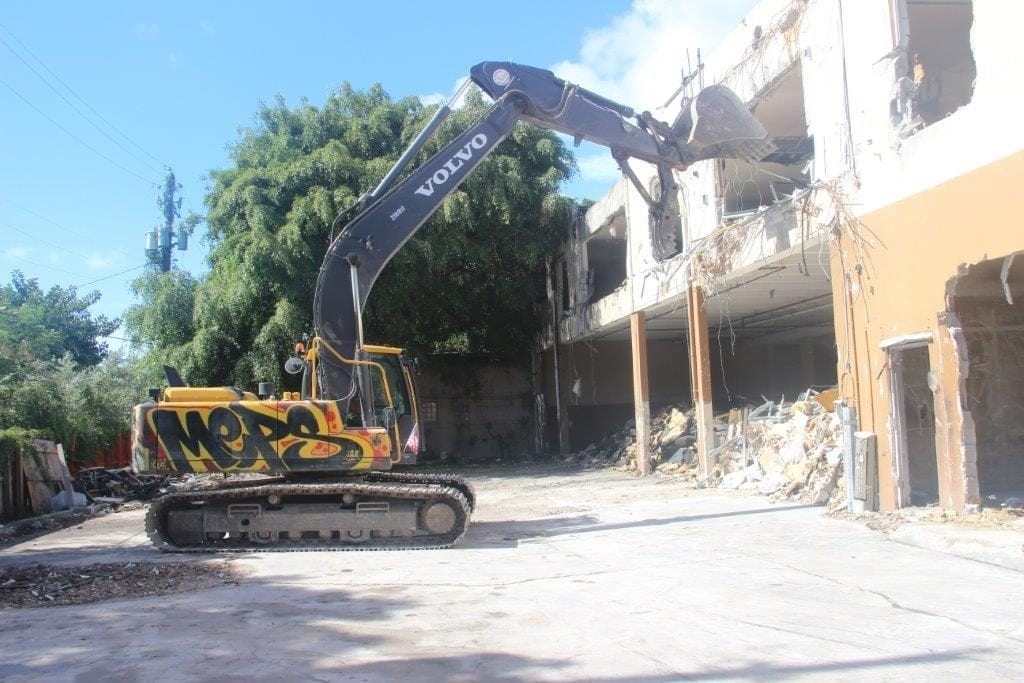 City of Hollywood leaders got together at the former site of a homeless shelter building at 1203 North Federal Highway to watch the beginning phase of major demolition of the structure.

Sean Cononie, the former owner of the building came to see the demolition. “I am sad to see this building being demolished. I am sad for myself and the homeless. We helped the homeless people of Hollywood,” said Cononie. “I know Hollywood wants to develop this area and this was not a good location for a homeless shelter.

Cononie has since moved his operation to a location near Haines City, in Central Florida and is developing a larger facility to house homeless people. Cononie described it as a resort for homeless people. Many of the people who lived at the shelter on 1203 North Federal Highway traveled with him. The City of Hollywood bought the building and other structures from Cononie for about $4.8 million. City leaders how to see the land where it was located to be developed for business.

Commissioner T raci Callari said, “This is a new beginning for Hollywood. It is good for everybody. This will eliminate blight and we hope it will encourage businesses to locate in this section of Hollywood,” said Callari. “I care about the homeless and I want them to receive help.”

Commissioner Peter Hernandez said, “This is long overdue. I hope to see this property redeveloped,” he said.

Commissioner Patricia Asseff said, “This will be a new era for this area. I would like to see this property developed into something else like a shopping center,” said Asseff.

Vice Mayor Kevin Biederman said he is looking forward to new development of the site.

Mayor Peter Bober said he was pleased that the structure was being demolished and hoped to see the site developed for business use.

As part of the deal to sell the property to Hollywood, Cononie agreed not to own property in the city for 30 years. But just before demolition work began, he said he misses Hollywood.