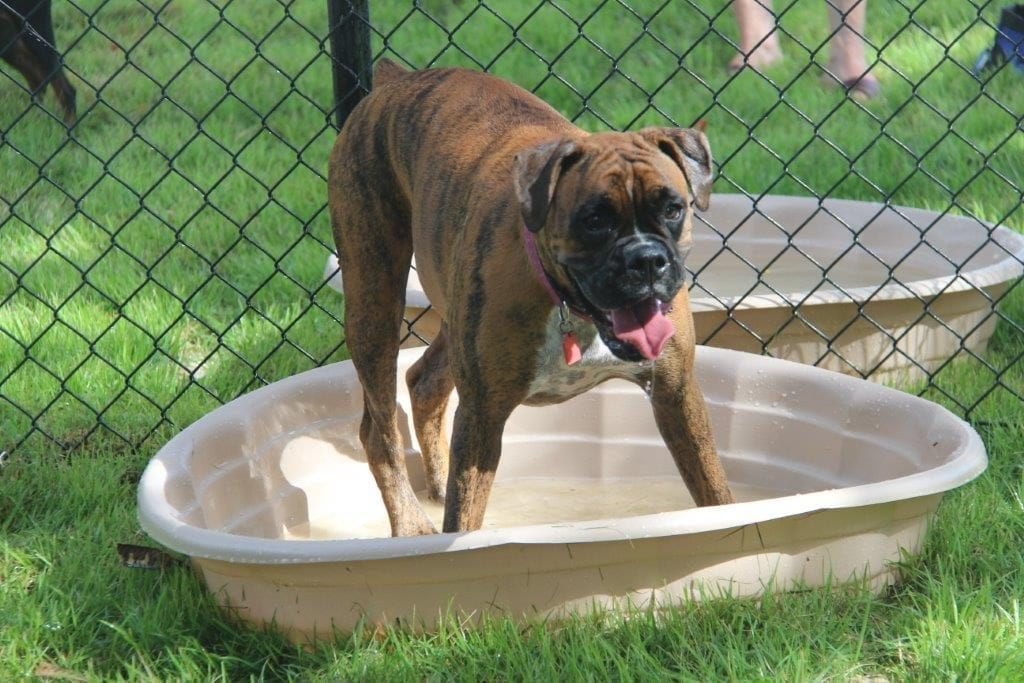 “This park is absolutely amazing. It is a place where I can take my dog to run and play and meet other dogs. I love it,” said Gronvold.

The Hollywoof Dog Park is located at Stan Goldman Memorial Park in Hollywood. It includes about 20,000 square feet. There is a larger space for big dogs to play and a smaller space for little dogs to play. It includes tunnels and hoops to the dogs to play on. It is a place for dogs and their owners to play in a comfortable environment. Bioswales are an innovative feature of the park. They are designed to collect and clean overflow rain water from the parking lot area. “The bioswales are a pilot project at this park,” said Walter Wernecke, project architect.

The grand opening included a performance by the Junkanoo Band. Mayor Peter Bober and Commissioner Traci Callari spoke on the benefits of the new park for Hollywood residents. Chuck Ellis, director of parks, recreation and cultural arts praised people who worked to make the park a reality. Then city leaders participated in a ribbon cutting.

Bober said he was glad to see the park open. “This will be great for Hollywood residents. I have wanted to see this park built for a long time. This will provide a space for people to bring their dogs,” said Bober.

Commissioner Patricia Asseff said, “I love this park. It is a great asset and a beautiful park for Hollywood,” she said.

Vice Mayor Kevin Biederman said, “I think this park demonstrates the commitment Hollywood has to provide services to residents.”

After the ribbon cutting, residents and their dogs began to enjoy the park. The dogs romped and played and their owners enjoyed the opportunity to socialize. Leslie Atelus and her children Nate and Hannah brought their dog Sheba. “This is a wonderful place for dogs,” said Leslie.

Katrina Mays brought her dog Bear to the event. “I love this park. I will bring my dog here,” she said.

Matthew and Tatjana Sheppard brought their dog Gnarlee. “I am excited about this park and I am glad we have a dog part in the east area of Hollywood.