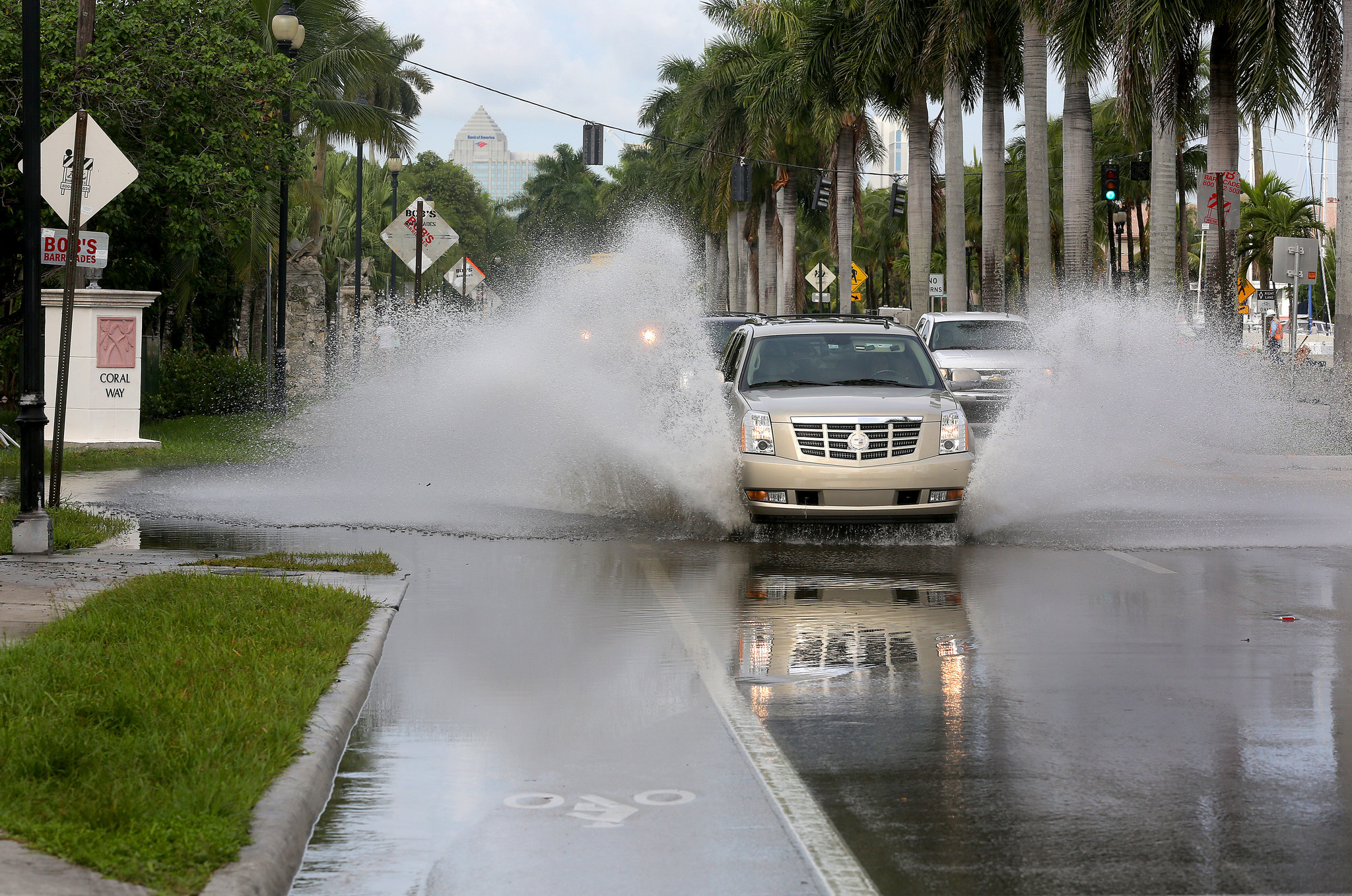 Extremely high seasonal tides, also known as King Tides, are resulting in street flooding in parts of east Hollywood including Hollywood Beach and the Hollywood Lakes neighborhood.  Motorists are urged to use caution and avoid traveling on flooded streets.

The Hollywood Police Department and Department of Public Works will place barricades in areas where streets are flooded.  If motorists are traveling in areas impacted by tidal flooding, caution should be used and alternate routes should be sought when motorists encounter flooded streets.

King tides generally occur in the fall when the alignment of the sun, moon and earth generate higher than normal tides. Local weather conditions causing onshore winds, rising sea levels and inclement weather including extreme precipitation can combine to exacerbate flooding risks, especially in low-lying coastal areas. The City is working on both short and long-term solutions to minimize the impacts of tidal flooding and just completed the first round of installation of flap gates in the stormwater system. Additionally, the City has undertaken a comprehensive inflow and infiltration reduction program to strengthen the stormwater system.

Based on the National Oceanic and Atmospheric Administration’s tide predictions, above average high tides are expected to continue through October 2 and occur again October 24-31 and November 24-27.

Hollywood Beach Will Be Closed on Fourth of July Weekend