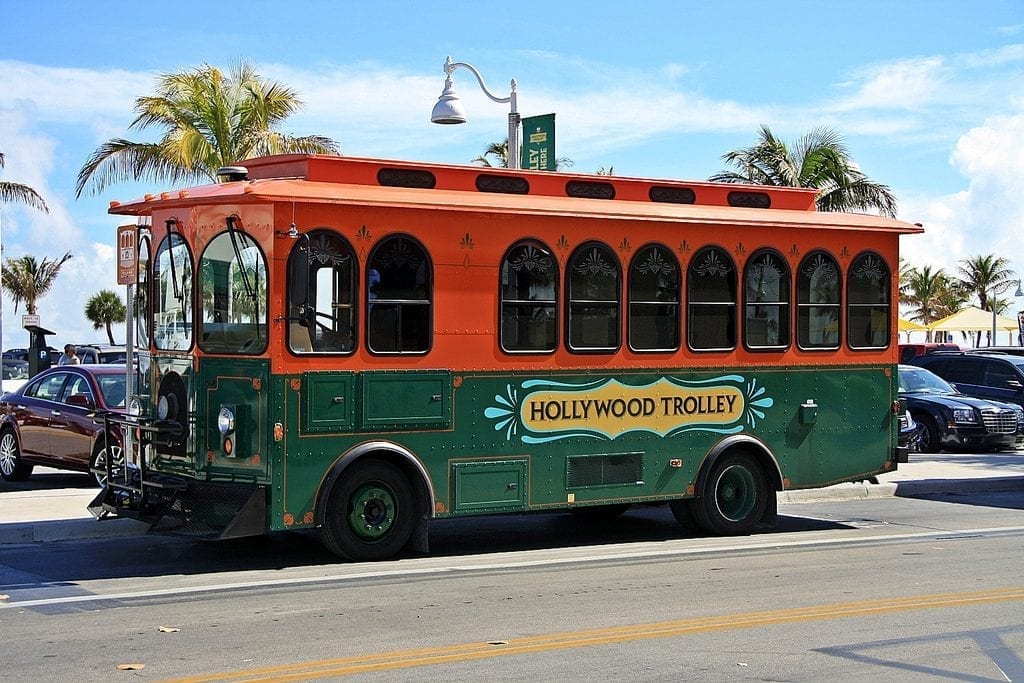 Beginning Oct. 12, those who visit or work in Hollywood’s downtown or beach districts can take advantage of the new Train to Trolley Downtown Hollywood Shuttle Service linking the Tri-Rail station at Hollywood Boulevard and Interstate 95 with the Hollywood Trolley stop at 20th Avenue and Van Buren Street.

The new Train to Trolley Shuttle is a two-year pilot program funded in part by a grant from the Florida Department of Transportation.

“The Hollywood CRA is very excited about the opportunity to provide a service that will hopefully take cars off the road and result in better and more convenient alternative modes of transportation,” said Jorge Camejo, Executive Director of the Hollywood CRA.

Kimberly Stefanski, Planning and Economic Development Coordinator for the Hollywood CRA, said the new shuttle service, which will be evaluated after two years, is a response to a public need.

“We’ve been asked by residents to offer a service like this,” Stefanski said.

Those who leave their car in the downtown municipal garage at 251 S. 20th Ave. will receive discounted parking of only $1 with ticket validation for the shuttle to Tri-Rail’s Hollywood Station at 3001 Hollywood Blvd., just west of I-95, where parking is limited.

Out-of-town visitors arriving at the major airports in the tri-county area can utilize Tri-Rail’s shuttle services before taking advantage of Hollywood’s Train to Trolley Shuttle and free transfer to the Hollywood Trolley.

The Hollywood Trolley allows visitors and residents alike to explore everything Hollywood has to offer, from cultural activities and much more in the historic downtown arts, music and entertainment district, to nature offerings on North Beach, to dining, shopping and recreation options on the central and south beaches. An additional trolley hub recently opened at the new Margaritaville Hollywood Beach Resort at 1111 N. Ocean Drive.

For more information on the Train to Trolley Shuttle or the Hollywood Trolley, visit www.VisitHollywoodFL.org/trolley.

The Hollywood Trolley is funded through a Public Transport Service Development Grant from the Florida Department of Transportation (FDOT) with matching funds from the Hollywood Community Redevelopment Agency (CRA) and its funding partners: the City of Hollywood, Broward County, Children’s Services Council and South Broward Hospital District.

For information on businesses or events in Downtown Hollywood or on Hollywood Beach, call the Hollywood CRA at 954-924-2980 or visit www.hollywoodcra.org.