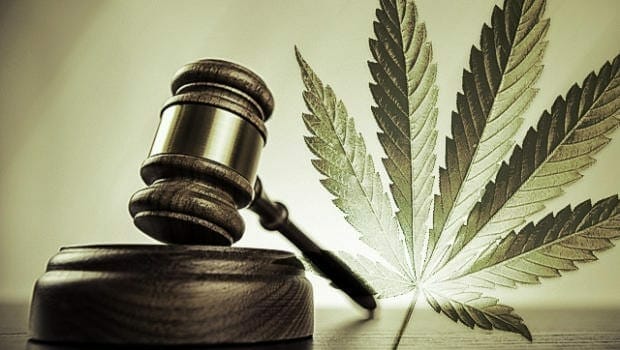 Broward County Commissioners have passed a new ordinance that gives law enforcement officers the option of issuing a civil citation to anyone caught with twenty grams or less of marijuana, instead of making an arrest.

“Eighty percent of people arrested for marijuana possession are never convicted, yet an arrest can ruin their lives. This simply gives people another chance at life,” said Vice Mayor Marty Kiar, who brought the ordinance forward. “There’s a fiscal component too, because after an arrest people go to jail, often lose their jobs and their ability to provide for their families and in the end, taxpayers pay for that.”

“We’re not taking away the op tion for an officer to make an arrest. It’s up to a trained law enforcement officer to decide if the situation warrants an arrest or a civil citation,” said Mayor Tim Ryan.

“This is not a blank check,” said Commissioner Lois Wexler. “At some point there has to be a hammer. Some people have to hit rock bottom before they’ll go for treatment.”

“There has to be a consequence at some point in time for something that is illegal,” said Commissioner Stacy Ritter.

“It’s important that we not lock people up in jail. It leaves people unproductive because they have a record,” said Commissioner Dale V.C. Holness.

“The purpose of a civil citation is to give a person a break. For non-violent offenders to get arrested for a small amount of marijuana possession is ridiculous. I’m in favor of increasing fines with education,” said Commissioner Mark Bogen.

“Unless addicts are ready to be helped, it won’t make a difference. I’d rather someone go through self-assessment. I don’t see this as a crime that should result in a person going to jail,” said Commissioner Beam Furr.

Under the county ordinance, civil citations would not be allowed if marijuana is found in conjunction with other crimes such as driving under the influence, any felony, violent crime, domestic violence or outstanding citations.

The new law would be enforceable throughout Broward County unless a city formally elected to opt out of the county ordinance.

Florida law makes possession of twenty grams or less of marijuana a first degree misdemeanor, punishable by a maximum jail term of one year and a $1,000 fine.