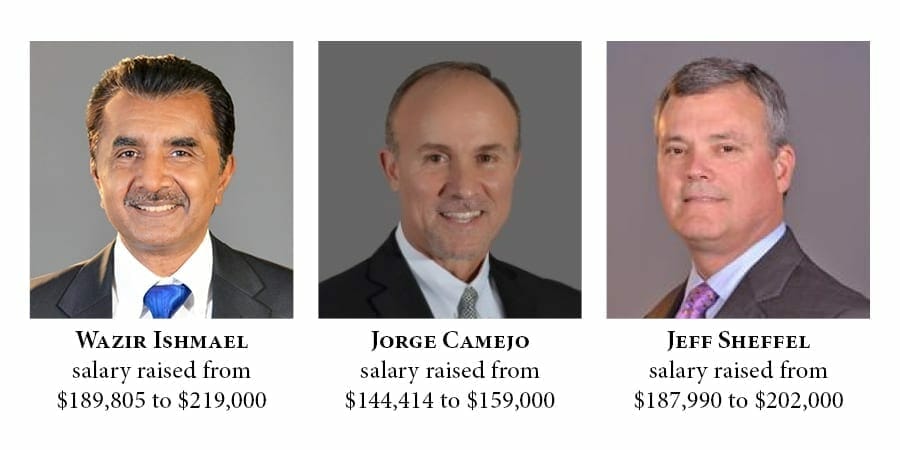 City Manager Wazir Ishmael received a complementary review by the Commission and received a $29,195 pay increase taking his salary from $189,805 to $219,000. His salary increased by about sixteen percent.

Jorge Camejo, who is in charge of Hollywood’s Community Redevelopment Agency (CRA) received a $14,586 pay increase taking his salary from $144,414 to $159,000. His salary increased by about nine percent.

During the meeting, commissioners praised the work of the administrators. Commissioners Traci Callari, Peter Hernandez, Patricia Asseff and Linda Sherwood stated that the salary of the Hollywood city manager should be similar to that paid to city managers of comparable sized cities in Broward County.

Mayor Peter Bober and Commissioners Kevin Biederman and Richard Blattner voted against the pay increase for Ishmael because they believed it was too much of an increase. Ishmael has been the city manager for one year.

Callari said she hopes that the City’s general employees will see pay increases as well.

For the City Manager and the City Attorney, the City Commission raised their salaries to reflect the average salary for their positions being paid in comparable cities, according to Raelin Storey, spokesperson for Hollywood.