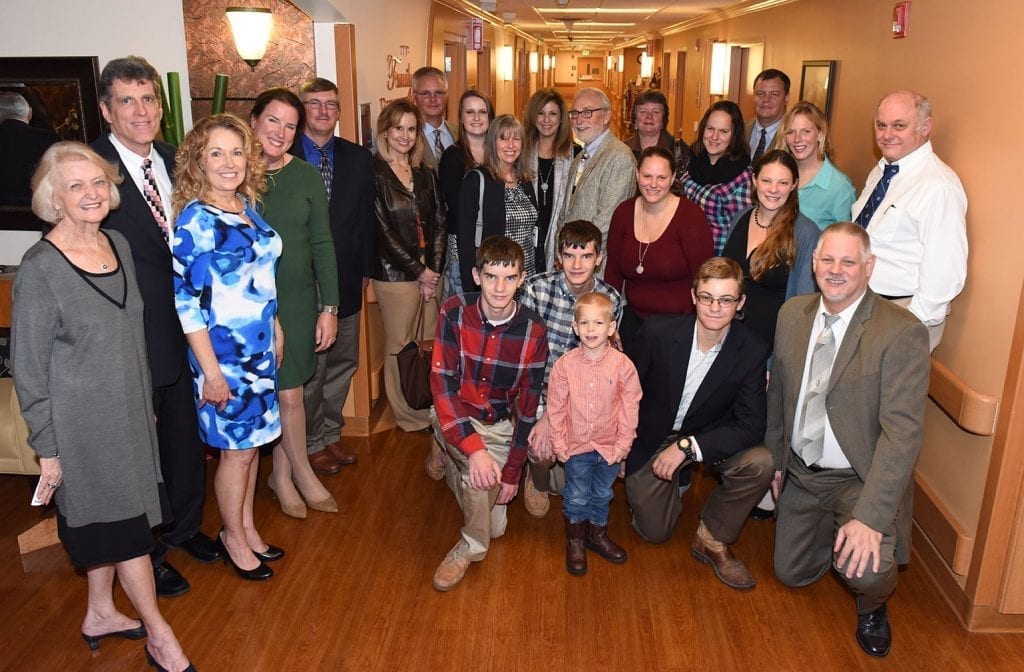 A lasting tribute to Henry D. Perry, Jr. now resides in one of the places the late doctor felt most at home. Among the babies, families, and dedicated staff at Memorial Regional Hospital in Hollywood.

Dr. Perry, an obstetrician that came to be known as ‘Doc Hollywood’ for his long career in the city, was honored with the dedication of the “Dr. Henry D. Perry, Jr. Family Birthplace at Memorial Regional Hospital.” The ceremony was attended by four generations of the doctor’s family, friends, administrators, physicians, nurses, and staff of the Memorial Healthcare System.

In 2015, more than 5,000 babies were delivered at the Family Birthplace at Memorial Regional Hospital, which features 39 private suites.

Dr. Perry practiced obstetrics in Hollywood for nearly 20 years, delivering thousands of local residents. Of his practice, he sometimes joked that “I’ve delivered the babies of the babies I delivered.”

In addition to his medical impact, Dr. Perry was a founding governing board member for Memorial Foundation. Throughout his life, Dr. Perry was also a significant donor to both the Memorial and Joe DiMaggio Children’s Hospital Foundations, a commitment his family maintains to this day.

The Memorial and Joe DiMaggio Children’s Hospital Foundations raise funds philanthropically to assist patients, families, and to underwrite the cost of programs, facilities, and equipment within the Memorial Healthcare System.