Hollywood's Gallery 2014 announces opening of Self Revealed, the Naked Project 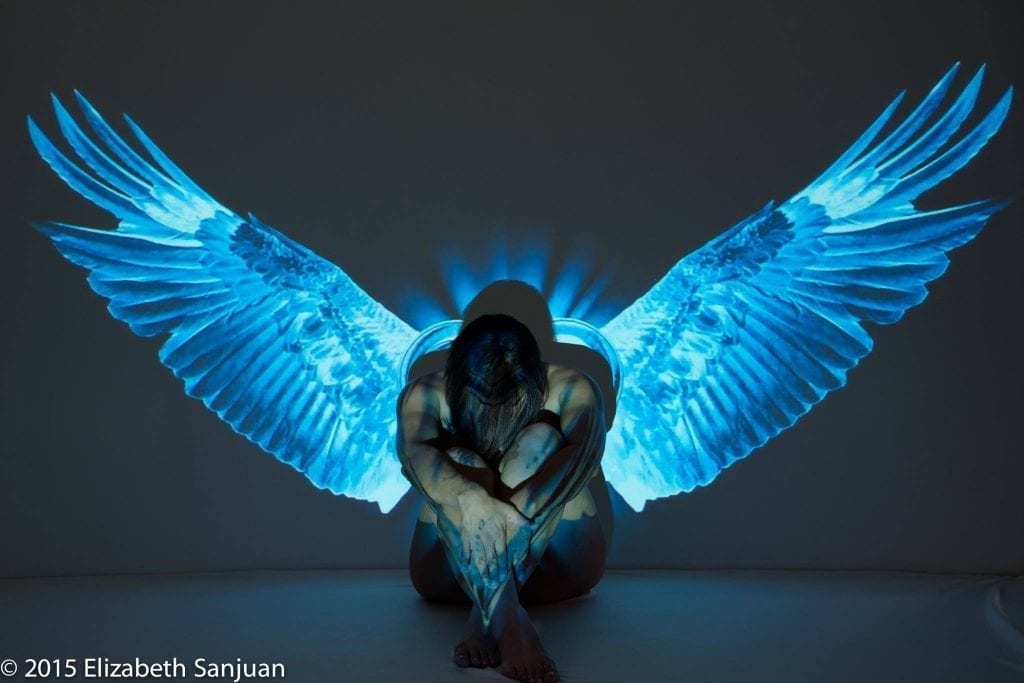 Three years ago, Elizabeth Sanjuan was given an assignment by the world-renowned photographer and teacher, Arthur Meyerson, to photograph herself. The assignment turned out to be a significant challenge, and over the course of three months Sanjuan photographed herself thousands of times but never satisfied with the results.

“It seemed like I could never take a photo good enough for me to present to him,” she says. “But the problem wasn’t about technique, exposure or composition.  The problem was that I did not like seeing me. I could not get past an infinitely long list of things that were wrong with my physique.”

Sanjuan, like many, had fallen prey to the frenzy of imagery from television programs, movies, magazines and the internet constantly promoting everything from weight loss solutions to every kind of diet, cosmetic procedure or cream to keep looking youthful. Finally, after months of shooting images of herself, it became apparent her biggest challenge was not to take the perfect photograph but to embrace herself — without the negative self-talk and judgment that shadowed and colored her own ability to execute a self-portrait.

The epiphany is what drove her to create, Self-Revealed, the Naked Project, a photo exhibit featuring women of all sizes, shapes, ages, race and ethnicity. It opens on Feb. 27 at the Sanjuan-Brown Hollywood Arts Foundation’s Gallery 2014.

“I am proud to be able to showcase the many courageous women who have been a part of the Self Revealed project,” says Sanjuan.

“Many years ago,” Sanjuan recalls, “a complete stranger at Costco stopped me and asked me why I let my gray hair grow?  The stranger boldly observed,  ‘You’re too young to have those grays.  You should color your hair!’ This fueled the fire in me to go against everything and everyone telling how I should look, how much I should weigh and what color my hair should be!”

“Whenever I push myself to do the things I’m afraid of, whenever I push myself to be visible, the emotional reward is always so worth it,” said participant Annie Segarra.  Through my body dysphoria, through my physical pain, I love my body and I love myself, and that love was and continues to be worth the work. It is a daily fight but it fills me up with light and keeps me moving forward.”

Sanjuan embraced her real self the moment she realized perfection is an unattainable and unworthy goal.

“Human beings are not perfect, nor should they be.  Our imperfections are part of what makes us ‘human,”Sanjuan said.

To celebrate her 50th birthday, Sanjuan set out to photograph 50 women in a format that would address the conflicts, outward realities and incredible beauties of a soul revealed in a way that would help women approach their bodies in a more healthful way.

“Perhaps I was not the only one approaching this ‘fabulous 50’ landmark,” says Sanjuan. “Hoping that I could find a way to age gracefully and to embrace a more positive image of my body as it truly was.”

“I was really excited when I first heard about the Self Revealed Project, especially because it was going to include trans women,” said Diana Hemingway. “So very few women’s projects are intentional about including all types of women. I can hardly wait to see this exhibit open to the public. It is a powerful statement of acceptance of our lives and bodies in all our true forms.”

The project incorporates photographic portraiture using three images — one, allowing each woman to choose a fantastical but meaningful light montage; another, a pose with a word best describing her character and being; and a naked pose un-retouched, real and raw.

“I have been photographing for almost 18 months and the original 50 has grown to over 150 images of women of all ages, races, ethnicity and size. The waiting list is still growing.”

“Curiously, the mere act of baring oneself physically has been cathartic,” Sanjuan says. “The subjects have gained strength and changed their perceptions of themselves. Those grays, sags and lines tell a beautiful story.”

Sanjuan wants her project to reach all women from young to old.  For younger women, she hopes to take the pressure off. “So many of our young girls see magazines in which all the women have been retouched, slimmed down, wrinkles removed and flawlessly air-brushed to show skin with no blemishes,” she says.

Sanjuan wants older women to take comfort in knowing whether they are 60, 70 80, or 90 years old, it is acceptable to be gray, sag and have lines on your face.

“They are beautiful just the way they are,” she says. “If we strive for perfection, we are always going to fail.”

Self-Revealed celebrates the courage of these women to bare both body and soul and take a monumental step forward in self-enlightenment.

Gallery 2014 is at 2016 Harrison Street in downtown Hollywood. The exhibition will run through March 16, 2016 and is free to the public. All that is asked is you leave any “judgments, bias, or preconceived notions of what beauty is at the door,” says Sanjuan.