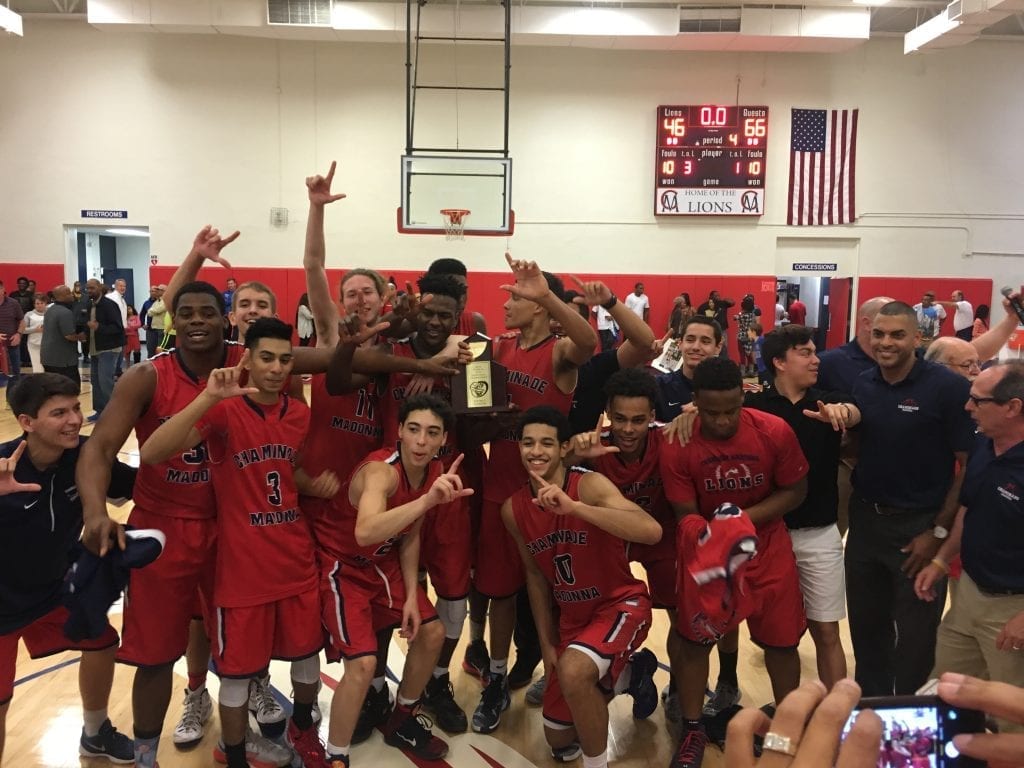 The Chaminade-Madonna Boys Basketball team took home the District Championship on Saturday, Feb. 6 by defeating Calvary Christian 66-46 in the Class 4A – District 14 Championship game.
The Lions got to the Championship game by beating University School in double-overtime thriller in Friday’s Semifinal match up. CM Senior Brandon Jai Jai Ram hit the game-winning shot in front of a standing room only crowd to help the Lions advance.

Top players include Darius Allen who has averaged about 20 points a game. He is being recruited by a number of top college basketball programs including the University of Minnesota, Florida Gulf Coast University and the University of Texas El Paso.

Leandro Allende has also played well and has averaged 18 points a game. He is being courted by Ivy League universities including Princeton, Brown and Columbia. He is also being recruited by William and Mary University.

Jamal Clarke has played well and is being recruited by the University of West Florida.

Coach Andre Torres believes his team has done well and could qualify for the state championship in Lakeland.

The Lions went on to host a Regional Quarterfinal match up versus Coral Springs Charter on Thursday, February 11 at the Dan J. Connor Gymnasium.
Stay Connected
Like Us On Facebook
Follow Us On Twitter
Newsletter