Should Hollywood allow skateboarding on the Broadwalk? 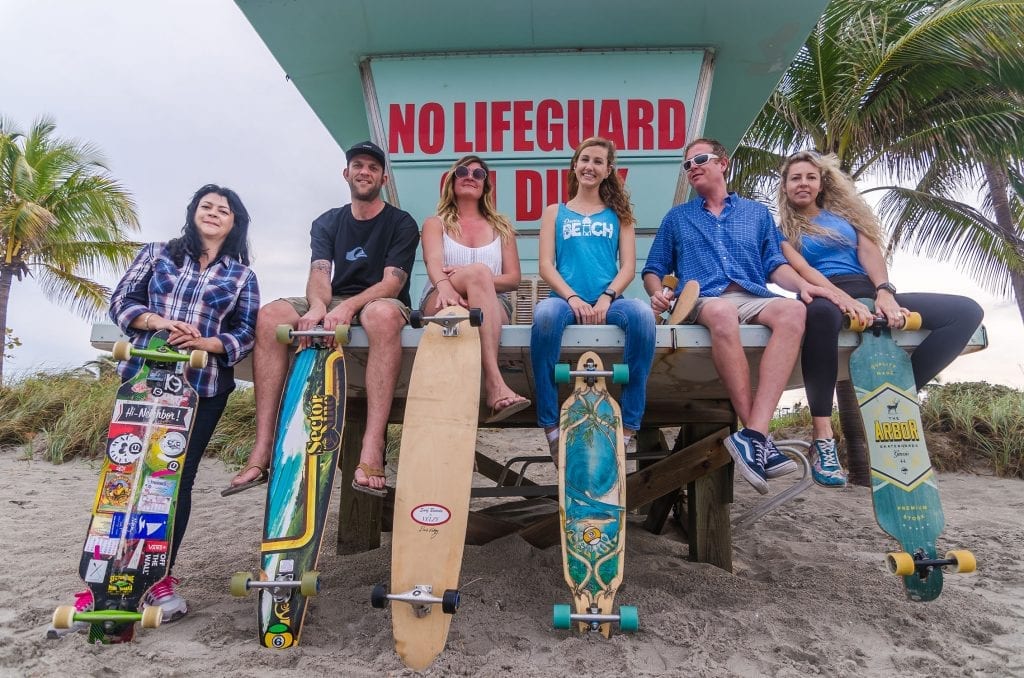 I ride a long board and am at the Broadwalk all the time,” said Hollywood resident Pete Athas. “It is completely unfair that you can ride every other mode of non-motorized transportation out there from banana bikes to beach cruisers but not long boards.”

“Skateboarding and longboarding are legal in much more congested areas with less space than the Broadwalk: Venice Beach, South Beach and even Ft. Lauderdale Beach are good examples,” stresses Adam Dell, who is spearheading a new effort to legalize the activity. “Faster than walking, less of a hassle than biking, and cheaper than a car, skateboards and longboards are synonymous with beach vibes and good times.”

Supporters of the ban argue that skateboarding is dangerous for pedestrians but Dell insists, “skateboarding collisions should be attributed to someone being irresponsible, rather than blaming them on the skateboard. Cycling is allowed and a cyclist, say, running into a pedestrian at speed will probably cause much more injury than a skateboarder.”

“In my time living on the beach I have seen more accidents from roller skaters then anything,” added Hollywood resident James Harper.

Residents are also concerned that there is already too much allowed on the Broadwalk and feel the low-riding three-wheeled “banana” bikes are particularly dangerous when they don’t adhere to the designated lane. If anything, some residents believe more wheeled activities, not less, should be prohibited.

To support Dell in his effort, visit Change.org to sign the petition titled “Legalize Skateboarding & Longboarding on The Hollywood Beach Broadwalk.” At press time, he had collected 290 signatures with a goal of 500. For more information email, Adam Dell at adam@acdell.com.