Hollywood family walks to make type ONE, type NONE 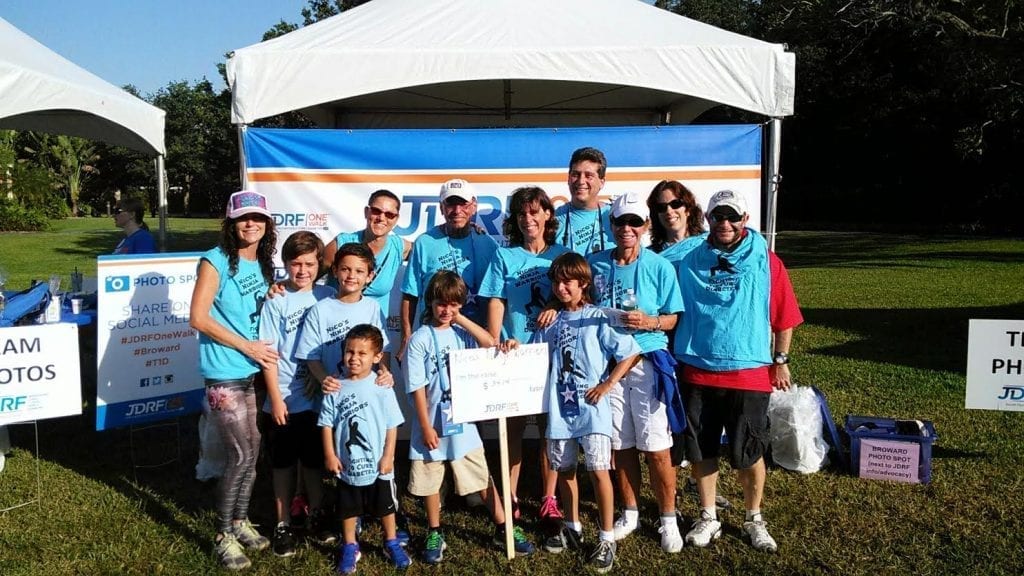 Hollywood resident Nico Gast is a happy, active 7 1/2 year old boy who plays soccer at his school, enjoys gymnastics at the Hollywood YMCA, and aside from living with juvenile diabetes, is a pretty normal kid. He was diagnosed with type 1 diabetes (T1D) in October of 2014.

“After the diagnosis, Nico was treated at Joe DiMaggio Hospital where he received excellent care,” recalls Jodi Gast, Nico’s mother. “Our family was also trained to provide treatment when Nico was allowed to go home.”

T1D is an autoimmune disease, which means it is not affected by diet or exercise.

“Nico tests his blood with a finger prick 7-10 times a day and gives himself a shot of insulin 4-6 times a day,” explains Gast. “With the discovery of the hormone, insulin, in 1921, people with T1D are able to survive and thrive with proper management.”

Gast and his family have lived in Hollywood since 2003, where they work, play and love the ‘family-friendly’ community. They have also received crutial support and education from the Juvenile Diabetes Research Foundation (JDRF).

JDRF was founded in 1970 by Lee Ducat and Carol Lurie, two moms leading a group of local parents with type 1 diabetes to mobilize and raise funds for diabetes research. Aside from funding leading scientists all over the world to find a cure, the foundation also works to lessen the burden for those living with T1D.

Tracey Paige, Executive Director of the South Florida Chapter, was recruited to work at JDRF by a former colleague. “When I began researching the disease, and learning about what JDRF’s mission is (creating a world without T1D), I felt compelled to join the fight to make a difference.”

Through JDRF’s outreach program, families of those diagnosed with T1D are matched with a newly diagnosed family to act as a ‘mentor’ family.

While often thought of as juvenile diabetes, 84% of those living with T1D are adults. “There are approximately 1.25 million people in the United States with T1D with 40,000 getting diagnosed each year,” explains Paige.

Currently the Gast family is raising money for the JDRF ‘One Walk: to make Type ONE into Type NONE with a goal to raise $5,000 with Team Nico’s Ninja Warriors.

The Walk takes place at Nova Southeastern University on April 16th. Registration begins at 7 a.m. with the walk starting at 8:30 a.m.
Teams are made up of either corporate co-workers, families or a combination of both. Everyone who raises $100 will get a t-shirt.

You can find out more and start your own team at walk.jdrf.org/broward