50th anniversary celebration of Jaycee Hall set for May 21 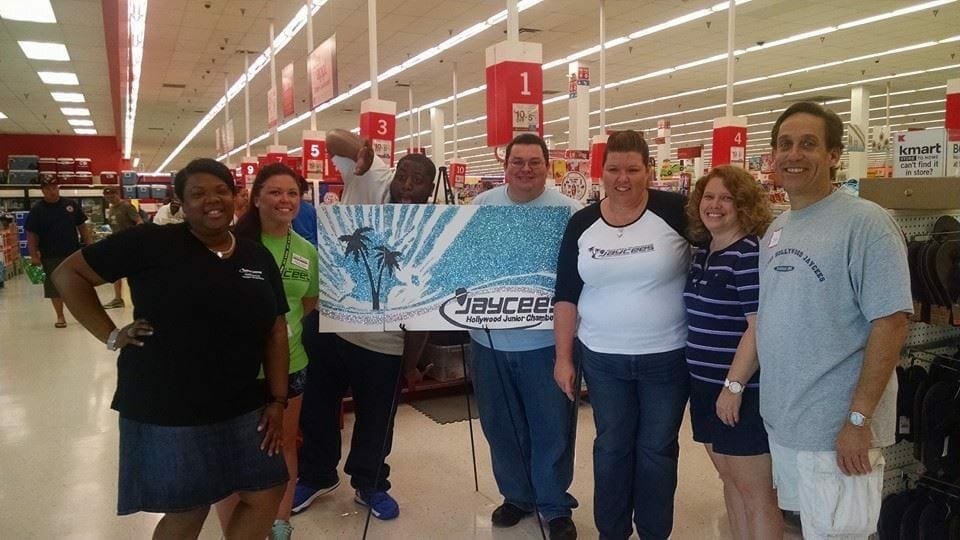 The Greater Hollywood Jaycees and the Hollywood Jaycees Foundation will celebrate the 50th Anniversary of Jaycee Hall, on Saturday, May 21, 2016. The celebration will include a ribbon cutting ceremony, cocktail reception, and remembrances of what kind of impact Jaycee Hall has had through the years, on the Jaycees’ efforts to serve the community.

Who are the Jaycees?

The Greater Hollywood Jaycees has been on the forefront of community service, as well as personal and professional growth since 1966. Over the years, the Chapter has played an instrumental role in starting the Broward County Fair, and developing Perry Airport and several local parks.  Member efforts have benefited countless charitable organizations, underprivileged families, and children in the community.

The Chapter is well-known for having developed prominent leaders from local to county-wide, and in the State Capital who have gotten their start with the Greater Hollywood Jaycees.

One constant during the last 50 years, has been Jaycee Hall. Chapter members have never had to worry about a place to meet or plan the next project to help the community. Hall rentals have also provided much­-needed seed money to help get those projects off the ground.

The Anniversary Celebration will mark the kick-off of an ambitious $30,000 capital improvement campaign. The monies raised are needed for parking lot re-paving and striping, fill and grading of the currently sinking property behind the hall (which may require upgrading the seawall), complete bathroom renovations, and kitchen upgrades. The underlying idea is to make Jaycee Hall into a facility the entire community can be proud of.

History of the Jaycees Hall

Local CPA Robert Giacin, served as Chapter President the year Jaycee Hall was built. “As an organization, we needed to have a permanent location from which to build  membership,” said Giacin. “We were bouncing around from restaurant to restaurant, with no foundation from which we could improve the quality of our members.”

He added that the move took some time however, to make an impact.  “It was tough, very tough,” he noted.  “While we had a home, we also had expenses and mortgage payments to make.”

Giacin pledged his personal residence to get the $40,000 to build the building.  “It was of great importance to me that the Jaycee Center (the building’s original name) was successful,” said Giacin.

Arthur Kail, the general contractor, was also instrumental in the Hall’s construction.  While there were still costs for materials and the sub-contractors Kail took no money for his services. Kail would follow Giacin as Chapter president (1966-67).  Two years later, Kail met an untimely death while on a South American cruise.  The building was renamed in his memory.

Poor conditions in the early 1990s, sent Jaycee Hall and the Chapter in a downward spiral. Countless problems had arisen at that time, as a result of the roof caving in.

“For the first time, since the Hall was built in 1966, the Chapter was in debt – having virtually no seed money from rentals and membership numbers had dwindled. But then the newly­-elected 50th President Rodney Deveaux (1994-­95) vowed to fight to keep the legacy and the Hall going,” recalls Debra Gronvold, the Jaycee Hall’s current Executive Director and Manager. “With the help of then ­Hall Rental Manager Kevin Biederman and Chapter Management VP John Gronvold, a plan was put into place to turn things around.”

Since Gronvold took over as Hall manager in 1999 an increase in hall rentals has brought in much-needed revenue to pay for the day-to-day expenses of operating.

Today, the Jaycee hall is used as a venue for events from weddings and celebrations to baby showers and fashion shows.  Their non­-profit rentals include recurring meetings of Narcotics Anonymous, Girl Scouts, and the Broward County Fair.

“Because of all of these events we need to keep up with the modernizing and upkeep of our building.  After 50 years it deserves some TLC!,” said Gronvold. “And that’s why we are reaching out to our community by having our “Jaycee Hall Celebrates 50 years!” event.”

Proceeds from ad sales, ticket sales and sponsorship will help fund improvements to the community space, so they can not only assist the Jaycees but other groups in our community.

The Celebration event will begin at 5:30 p.m. on May 21st, 2016 beginning with a Ribbon Cutting,  Proclamation and Cocktail reception to follow.