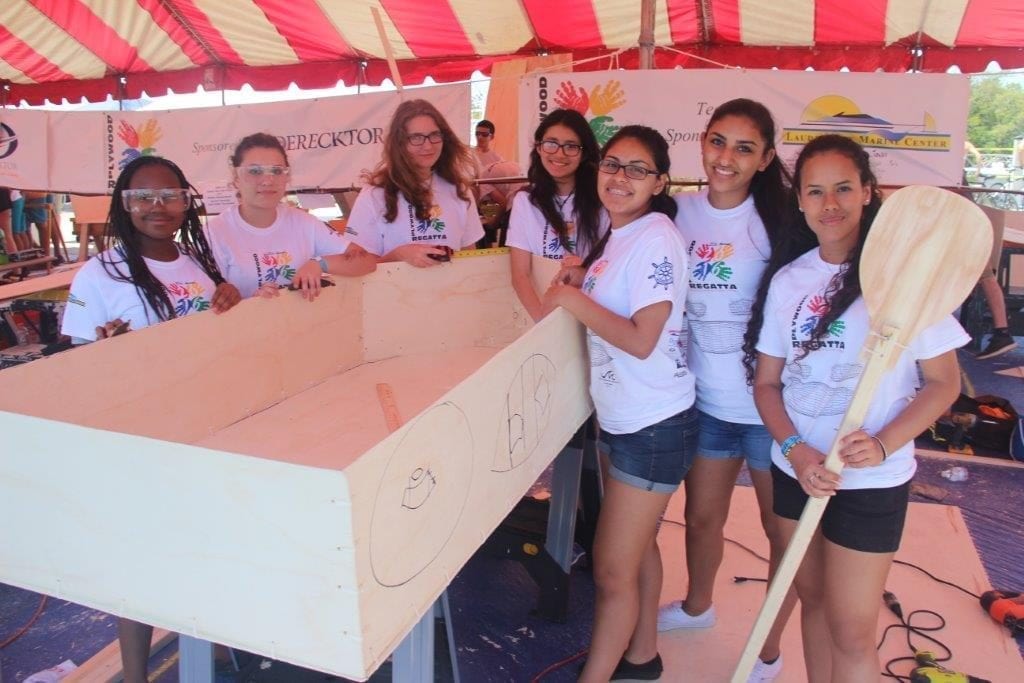 South Broward High School entered nine teams of six to eight members in the Plywood Regatta at Dania Beach. The students, many of whom are considering careers in the marine and boating industry, worked together to build plywood boats raced in Whiskey Creek. The students were mentored by people who work in the marine industry and teachers.

Once the boats were complete, students painted and decorated them to compete in a fun-filled and friendly rivalry to race in a series of heats and determine a champion.

Terry Jones, who teaches marine mechanics at South Broward High School was pleased to see young people working on the boats. “I want to get kids interested in boats and boat engine mechanics. There are good careers in the marine industry. Many people who work in boat mechanics will soon be retiring, resulting in more job opportunities for young people,” said Jones.

Jones said it takes knowledge of boat engines and an attention to detail for success in the boat industry. “You need to be able to work hard and work smart,” said Jones.

Carolina Duran, president of Skills USA at South Broward High School enjoyed being a part of the Plywood Regatta. “I really liked working the building of the boat. I like problem solving and applying what I know. I was able to make some friends during this project,” said Duran.

Marjorie Rice of South Broward has participated for the past six years. “It’s fun and I like the teamwork,” she said.

Linda McCormack, a student at Hollywood Hills High School was part of a seven girl team of mostly South Broward students and a McFatter Technical High School student. And Tom Hardaway, a marine professional, was the mentor for the seven girl team. “I want to encourage young people to pursue careers in the marine industry. And I wanted to help a group of young people work on a boat project,” he said.