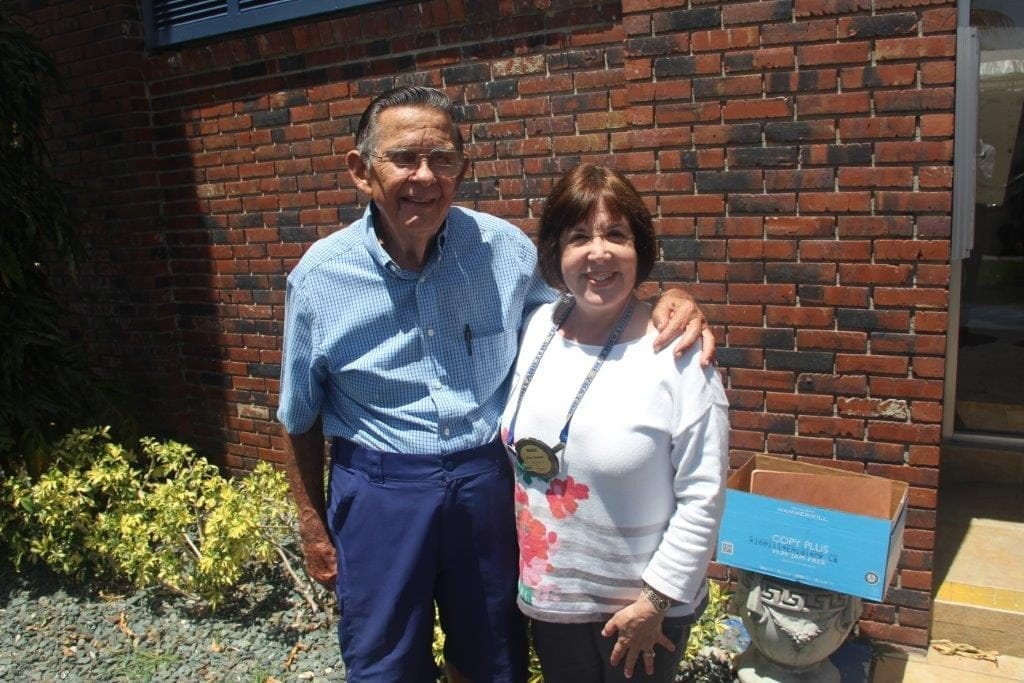 Dr. Fred Duda has been a member of the Hollywood Rotary Club for 53 years and has never missed a weekly meeting.

“I like that we are all about service. I love being a member of Hollywood Rotary Club. I like helping young people in the community,” said Duda, a dentist.

Mara Giulianti, a former Hollywood mayor and the first female member of the Hollywood is also a long time member. “I am a Rotarian and this Club is an important part of my life. I love helping people and enjoy the fellowship of the Hollywood Rotary Club.”

“We have more than 30 members with 20 year or more in the Hollywood Rotary Club,” said Bruce Mark, the Club’s president. “We love helping the community. We have grown up with Hollywood and have our own clubhouse.”

Victor DeBianchi, a Kiwanis Club of Hollywood member enjoyed attending the lunch. “We were glad to be here. We are all about service,” he said.

The Hollywood Rotary Foundation will hold their annual Hollywood Rotary Foundation Auction May 5, 6 and 7 at the Clubhouse. The money raised will go to pay for scholarships for graduates of Hollywood high schools, dictionaries for all Hollywood public school third graders and other service activities. There will be more than 1,000 items available for auction including gift certificates, trips, sporting goods, collectibles, toys, tools, bicycles and more.