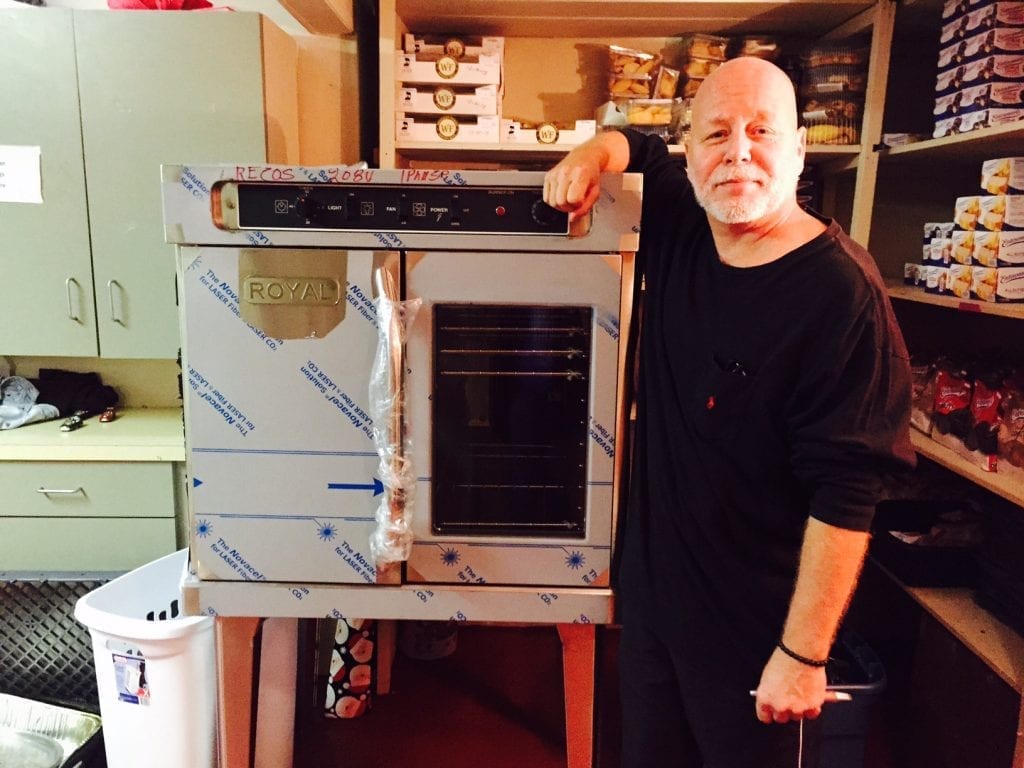 “When I first saw RJ about 4 years ago, he was standing in the soup line with his head down. He shuffled into the dining room and averted my eyes,” says Joyce Curtis, former executive director of the Jubilee Center of South Broward, 2020 Scott Street in Hollywood. “I greeted him each day, learned his name and eventually found out he was homeless.”

“Homelessness is a very complicated matter,” says Curtis. “People find themselves on the streets for financial reasons, family crisis, health issues and even mental illness if left untreated. If the breadwinner loses his or her job the rent doesn’t get paid, the electricity is turned off and pretty soon, if they are lucky enough to still have a car they live in it.”

In an article from MarketWatch, dated January 31, most Americans are one paycheck away from the street and the National Coalition for the Homeless (demographics of Homelessness) reports 48 percent of individuals without families were found living without shelter.

Through a series of life’s events, RJ and his brother lost both their parents, their electricity and their home, leaving them only their car to sleep in.”

Living in the Car

RJ was not open to talk about his situation and surely not open to talk about his ‘sleeping spot.’ “Homeless people do not ever reveal where they are sleeping for many reasons but mostly for safety,” says Curtis. “However, at Jubilee, it’s easy to know when people, sometimes whole families, are living in their car.  The inside looks like a moving apartment with stuff sticking out from everywhere.”

Curtis eventually discovered RJ was selling his blood plasma because, “One day he desperately needed a ride to the blood bank,” she said.

Little by little he revealed how he was living, which places he could count on to use the bathroom and approximately where he was sleeping.

“He parked in various Hollywood locations,” Curtis remembers. “Parking lots, in a street spot, by the tri-rail station and TY Park during the day, always with the license tag out of view.”

Although RJ had a valid driver’s license, he had no money to renew the registration. “Eventually, a police officer caught on, had the vehicle towed and arrested RJ and his brother. They lost their ‘sleeping spot’ along with all of their personal belongings, including family photos and memoirs.”

It was then that RJ’s brother Michael, a former drummer and taxi driver, entered a rehabilitation program at the Broward Outreach Center and started reconstructing his life. During this time RJ moved into the woods and slept in a tent.

“He started spending time at Jubilee,” says Curtis. “After meal time ended, RJ helped shelve groceries and doing general clean-up work.  He stopped drinking and showed up every morning at 7 a.m. It was about two years before I felt he trusted me and I soon recommended him for membership on the Jubilee board (Jubilee’s by-laws require a homeless person a board representative). RJ became indispensable in managing our warehouse and is now an important member of our empowering staff.”

Joyce and RJ have become great friends.  “He is smart, well-read, a beautiful writer and like my second son. He is friends with my son who, at 58, is the same age and they share a love for the same music.”

RJ now lives in an apartment, is staying clean and sober, walks with a purpose, makes direct eye-contact and is employed as Jubilee’s social services coordinator. He is also a member of the property committee and a compassionate client liaison.  “Jubilee saved my life,” says RJ.

Curtis says Jubilee acts as an emergency stop. “A hot meal is served with no questions asked Monday through Friday.  A generous amount of groceries is given out once a week and other services are available, including food stamp application assistance.  Jubilee will help obtain and pay for a birth certificate, a driver’s license and/or a photo ID.”

While Jubilee does all it can to help, Curtis says, “Housing is the most important component in mitigating homelessness, and certainly a decent minimum wage would help.”

“We are, after all, brothers and sisters. RJ is a perfect example of a saved life because of others caring for the least among us,” says Curtis.

Watch this inspiring video and see how you, too, can help Hollywood’s homeless.