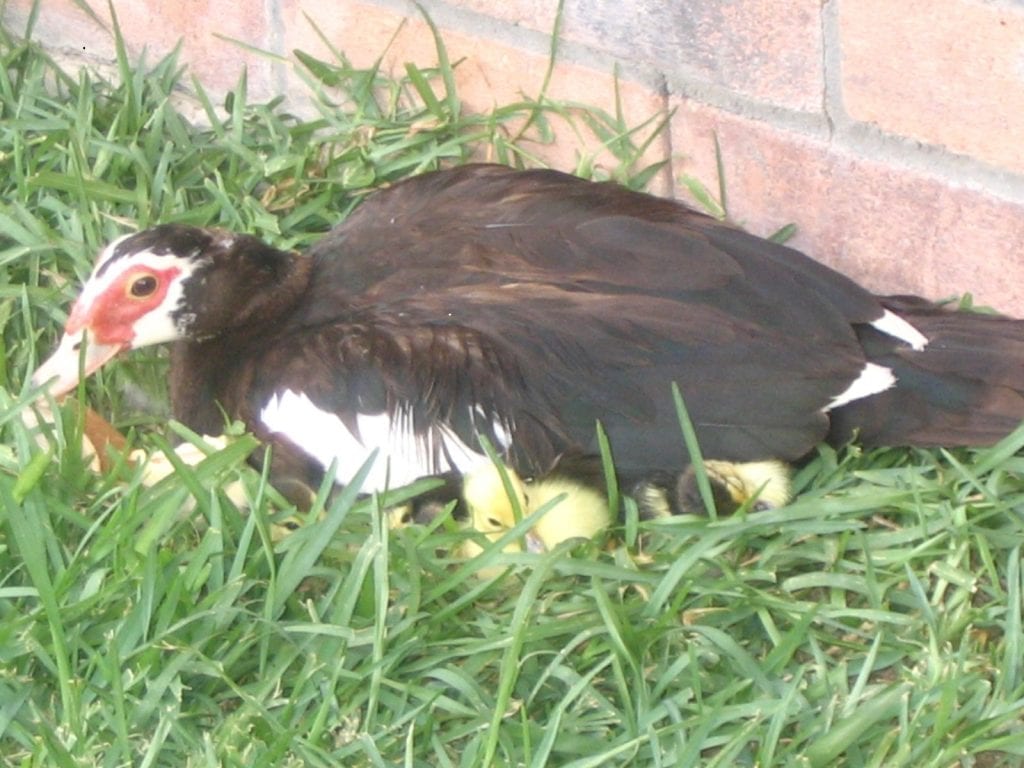 Waddling across neighborhood streets with small broods of adorable toddlers following, Muscovy ducks form large flocks in lawns and landscaping, near lakes and ponds, leaving their droppings – up to 1/3 pound per day – everywhere. This makes them a bittersweet nuisance as duck lovers seem to be unintentionally creating the problem by feeding them.

“If people do not feed the ducks, they will continue to move and forage,” states Sherry L. Schleuter, Executive Director of South Florida Wildlife Center.

Schleuter advocates addling or shaking eggs, and adding contraceptives to the duck feed as opposed to shooting, killing or other inhumane means of ridding the ducks.

During the spring and summer months, opossums are also notorious throughout Hollywood for having their young in attics or roof areas of people’s homes – putting them at the top of the list for orphans.

“Many of the single babies have been found after having fallen into a swimming pool, been caught by another animal or otherwise separated from their mothers,” explains Schleuter. “When the mother is hit by a car or harmed some other way, we receive entire orphaned litters.”

Wildlife are seen by clinic staff based on a triage system designed to examine the animals in the greatest pain/suffering, first, and are treated accordingly.

“Those with the potential for full recovery are provided with surgical intervention, nursing and rehabilitative care, using state-of-the-art equipment and innovative techniques, as well as hand-rearing for orphans and provision of carefully designed habitats for recovery and rehabilitation.”

The goal for any animal taken into care is to treat them, rehabilitate them and release them back to nature to live wild and free.

Workshops for the public and for volunteers are offered by SFWC, as well as fee-based service for home and business owners, property managers, and HOAs who seek help when wild creatures have intruded into structures.

Schleuter says we can also help by becoming more considerate, knowledgeable and appreciative about the “array of wild creatures who share their color, beauty and song with us, enriching our lives” – and please don’t feed the ducks!