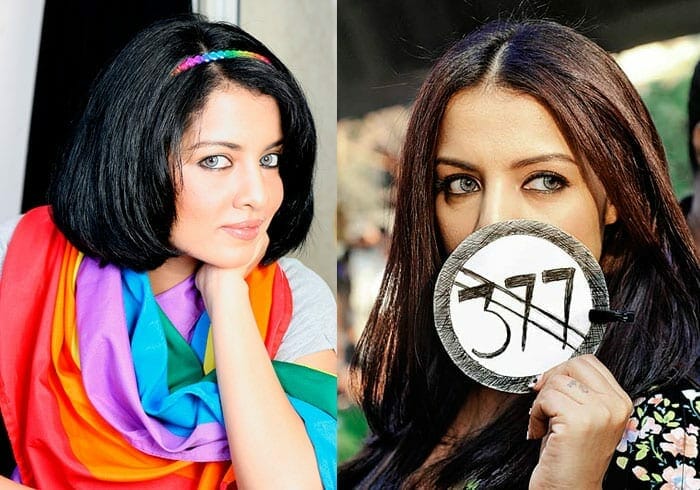 Bollywood star and global human rights activist Celina Jaitly will receive the Harvey Milk Foundation’s Lilla Watson Global Champion Medal at the second annual Diversity Honors gala co-presented by the Harvey Milk Foundation and The Pride Center at Equality Park and hosted by the Seminole Hard Rock Hotel & Casino in Hollywood, Florida, on Fri., May 13 at 7 p.m. Diversity Honors coincides with celebrations around the globe for Harvey Milk Day (May 22), an official state holiday in California that celebrates Milk’s enduring legacy of hope and example of courage.

“It’s a great honor to be recognized with this medal from the Harvey Milk Foundation,” said Jaitly. “In spite of the huge strides being made in the U.S. and in many other countries, far too many LGBT people still suffer rejection, harassment and discrimination. In 76 countries – including, my own, India – the law treats gay people as criminals, reinforcing stigma and leaving people vulnerable to blackmail and imprisonment. The work we are doing through the United Nations Free & Equal global campaign is raising awareness and challenging prejudice. It’s a chance to stand shoulder to shoulder with LGBT friends and allies around the world and demand equal rights, respect and recognition. I like to think that Harvey Milk himself would have heartily approved.”

Celina Jaitly will be honored for her advocacy and support for the LGBT rights movement in India. Jaitly is an official Champion of the United Nations Free & Equal Campaign and a highly acclaimed Indian actress having starred in numerous award-winning Bollywood movies and other cinematic productions. A former Miss India winner and Miss Universe runner-up, she is one of the most visible advocates against the criminalization of same-sex relationships in the world’s largest democracy. In 2013, the Indian Supreme Court reinstated a colonial-era law banning same sex relationships.

“Celina Jaitly is one in a million – a huge Bollywood star and a leading light in the global movement for LGBT equality,” saidCharles Radcliffe, Chief, United Nations High Commissioner for Human Rights. “A stalwart ally of the LGBT community in India for more than a decade, she is, today, playing a central role in UN efforts to fight homophobia and transphobia, globally.”

Celina Jaitly is an incredible champion of human rights, not just in India, but globally, through her unwavering support of the UN Free & Equal Campaign,” said Stuart Milk, co-founder of the Harvey Milk Foundation and global human rights advocate. “She is guided by passion, committed to hard work, aided by grace, and the belief that our shared journey is enriched, and not weakened, by our diversity. We are honored that she is traveling halfway across the globe to join us.”

“Celina Jaitly will add a global dimension to this inspiring event created to honor men and women who exemplify authenticity, leadership and courage in their communities,” said Susan Renneisen, VP Community Affairs & Special Events, Seminole Hard Rock Hotel & Casino. “Seminole Hard Rock Hotel & Casino is extremely proud to present this annual event again which inspires and motivates others to champion equality for all.”

Guests at Diversity Honors will preview the North American premiere of the Levi’s® X Harvey Milk Foundation Pride 2016 Collection and enjoy a seated dinner plus an exclusive performance by Tony Award-winning actor/singer Levi Kreis. The awards presentation will be hosted by WSVN news anchor Omar Lewis and will include Stuart Milk’s 2016 “State of the Global Equality” address.

Tickets are $175 per person and available at .