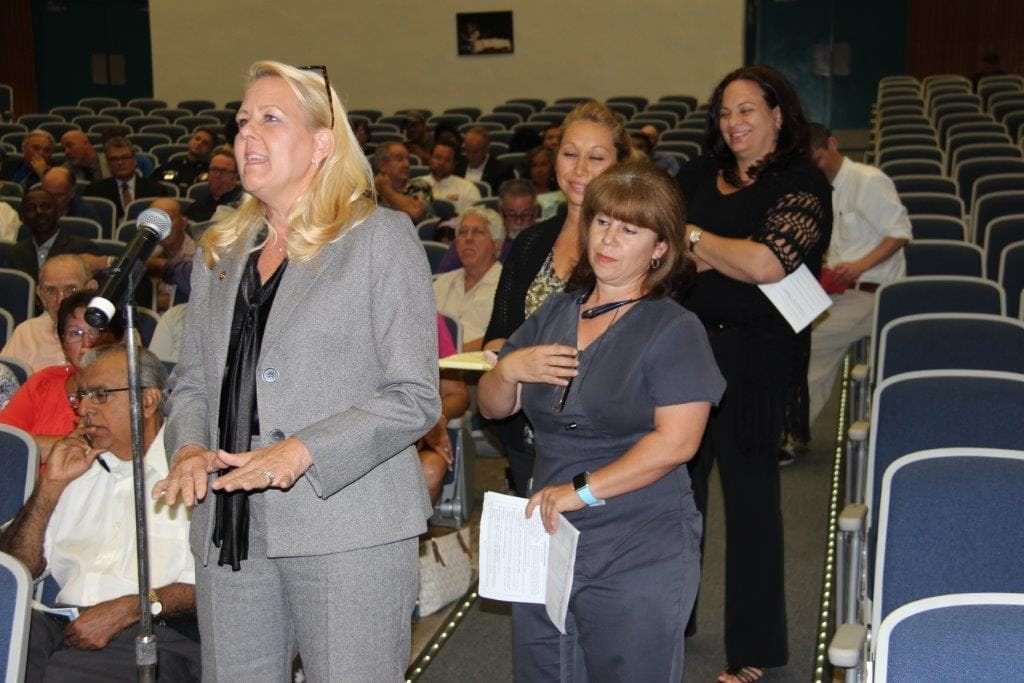 The speakers expressed anger that these street signs have been in place so long. They were angry that these Confederate leaders fought to maintain slavery and supported racial inequality after the Civil War. Nathan Bedford Forrest was the founder of the Ku Klux Klan. Speakers described the terrible abuses that many African Americans endured over the years because of the racial inequality these leaders fought to maintain.

Mayor Peter Bober said that he appreciated the views of those who want the names on the signs changed. He wanted to know how residents on these streets feel about the names. He also said that any time a street or park is named after someone, people may be offended. “There is always the question of who and why we should honor someone,” said Bober.

Commissioner Dick Blattner said that while there may be difficulties associated with changing the names of the signs, the process to change the names on the signs should begin.

The residents described the problems they have experienced after having purchased dogs brought to the city from commercial breeders. They described health problems and other issues. Much of the anger was targeted at Puppy Palace. They believe that people who want dogs should obtain them from pet rescue facilities.

Other residents spoke about concerns they have with increased traffic because of more home building in the city. Members of the Commission said they understand that more traffic can make life difficult, but that more residents mean an increased tax base. Also, residents expressed concern about increased street flooding.

The meeting was hosted by Commissioner Dick Blattner. It was designed to give residents an opportunity to express their concerns to commissioners.