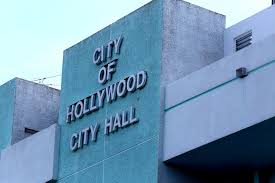 The City of Hollywood is looking at a nearly $20 million budget deficit next fiscal year.

While the budget projections appear daunting, the $20 million dollar number is still preliminary and this is just a part of the budgeting process. The city is confident the budget gap can be made up, but it won’t be easy.

The 13th check, a Hollywood pension perk which has been subject of debate since last year, is also still an issue.

The commission has authorized the city to pursue litigation regarding the 13th check issue. Under a state law known as the “Florida Governmental Conflict Resolution Act,” litigation between two governmental entities cannot proceed until the parties undergo a process of conflict resolution.  The first is a conflict assessment meeting between the chief administrators, city manager and the administrators of the city’s three pension funds followed by other public meetings.  The city is now in the process of scheduling the conflict assessment meeting.

Departments are presenting 5% reductions in their budgets. Travel-related and all unplanned non-budgeted expenditures have been frozen.  Hollywood staff is also looking for cost-cutting measures to save money in this fiscal year for next.  Early projections for property tax dollar revenue were conservative; projections are changing which may result in an additional increase in revenue. Also, the city is assessing fees charged for services, which has not been done in a number of years.

Vice Mayor Peter Hernandez said, “I think we should close the Beach CRA and use that money to pay bills. The beach area is not a blighted area. It does not need help from the city,” he said.

Hernandez said that many of the budget problems are a result of poor decisions made years ago. The new contract with general employees does not offer the same level of health benefits to new hires. A major expense is healthcare for retirees. “People are living longer. With our new employees, we are starting to take necessary steps to reduce costs,” said Hernandez.

City staff is aware of the Community Redevelopment Agency (CRA) situation. The CRA in Hollywood is broken into 2 districts: the Beach and Downtown.  The beach district has always been scheduled to expire in 2027. The board members, who are also the Hollywood commissioners, can vote to end the CRA district sooner than 2027 should they choose.

City manager Wazir Ishmael plans to present ways to improve the budget situation at the budget workshop on June 15.