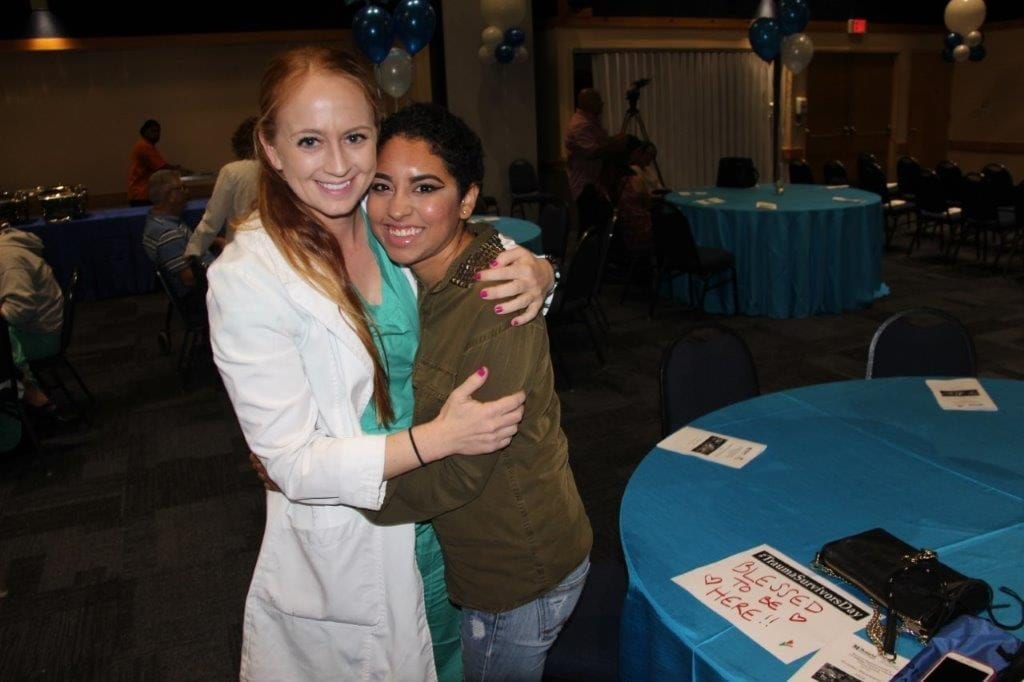 Mari Ramirez was involved in severe car accident in September 2015. Her car hit a tree. Someone saw her damaged car and made sure Ramirez was taken to Memorial Regional Hospital. But she was badly injured and required extensive care and rehabilitation. Ramirez suffered brain trauma and her jaw was broken. Part of her skull had to be removed to relieve pressure on her brain.

“I am very thankful for the care I received. I want to study to be a physical therapist,” said Ramirez.

She was able to meet one of her care-givers at Memorial Regional Hospital, Kaitlin Abers, a physician’s assistant. “I am glad to see she the progress she has made,” said Abers. They hugged upon meeting each other.

Ramirez was part of an event hosted by the Division of Trauma Services at Memorial Regional Hospital and Joe DiMaggio Children’s Hospital. They call it Trauma Awareness Day, “Celebrating Survival:  A Team Approach.”  The annual event reunited the hospitals’ trauma teams and EMS representatives with the patients they’ve treated and their families. Survivors could share their stories and meet with others who were trauma survivors.

Teresita Machado was another trauma survivor who was treated at Memorial. She was involved in a severe car accident in June 2015. Both her femurs were broken and she had a ruptured aorta. She went through months of treatment and therapy and is recovering. She can now walk with a walker. “My husband Rolando Machado was by my side the entire time,” she said.

Rolando Machado and Teresita Machado at the Trauma Awareness Day event.
Teresita was severely injured in a car accident and Rolando was by her side
as she was treated at Memorial.

Fabian Suarez was also treated at Memorial after getting into a serious accident in January 2016. His mother Maricela Gomez and his father Carlos Suarez attended the event with him. “He received very good care at Memorial,” said Carlos Suarez.

Candace Pineda, R.N. and trauma manager at Memorial was pleased to see trauma survivors, their families and staff members who cared for them coming together to enjoy an event.

Susan Rangel, the mother Mari Ramirez and Kaitlin Abers at the Trauma
Awareness Day event at Memorial Hospital in Hollywood. Fabian Suarez was injured in severe accident. He was treated a Memorial. He is pictured her with his father Carlos Suarez and his mother Maricela Gomez.