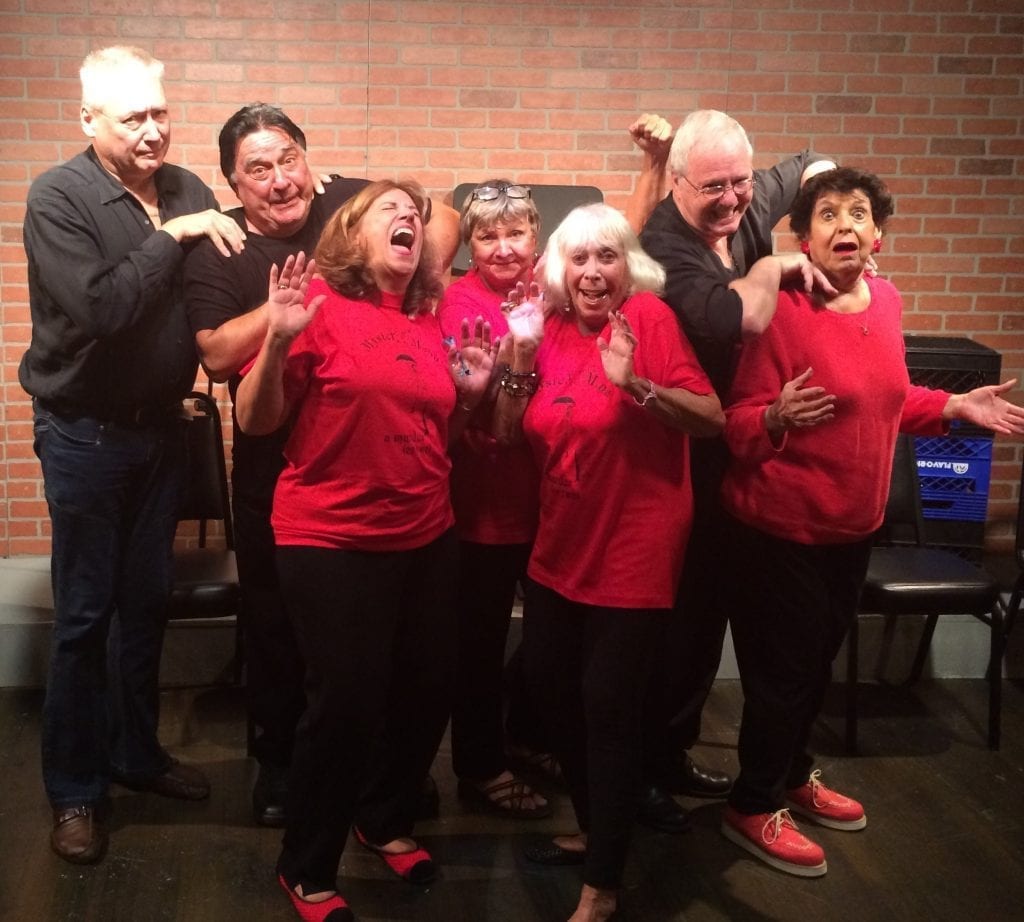 Barbara Fox is the producer and director of Mystery On The Menu, an interactive theater company she started in 1986.

“I write, produce and act in the plays and I’ve written several mystery novels,” shares Fox.

“It’s amazing to sit on my balcony looking at the ocean and actually be working,” says Fox, who is originally from Chicago. “I’ve done several shows at the Hollywood Community Center on Ocean Drive; at the Boulevard Heights Center on Garfield Street; and at many private homes and offices for parties.”

Her latest project is organizing a murder mystery dinner theater at Mama Mia Italian Ristorante on Young Circle in Hollywood.

Scheduled for Friday, June 24, starting at 7pm, three candidates will be competing for a nomination but… a murder interrupts the speeches! Click here for more info.

How did this fun idea start?

“I founded Mystery on the Menu in Washington DC in 1986 and since then the company has presented thousands of interactive murder mystery plays at hotels, resorts, restaurants, aboard trains and boats and busses, at private homes, mansions, museums, parks and wineries.”

In Florida since 2000, Fox brought this novel idea to Hollywood. She was having brunch at Mama Mia with her partner, Mitchell Ball.

“I mentioned to Mitch that a few years ago I did a mystery show in their private room. He thought it would be really cool to do a murder mystery dinner theater here. I suggested it to Vito (general manager of Mama Mia) and, in just a blink, the whole event was organized.”

This charming couple met at a widow and widowers group.

The couple had two meetings at a Hollywood restaurant, went out for lunch and went to the beach. The group disbanded but their relationship continued.  “We had our 8th anniversary on May 30th!”

Fox is more than twenty years older than her partner but she says, “Who cares about age? We both love the beach, going on cruises, early morning and late night swimming in our pool and, most of all, walking, eating at restaurants and listening to music on the Hollywood Broadwalk where we live.”

“We love Ocean Alley for Sunday breakfast and the Marriott buffet for brunch, Sushi Thai on the Beach, Bonny and Read’s for their decadent cheese and bacon fries, Flicker Lite for pizza, and we love going to Cinema Paradiso Hollywood – it almost feels like attending a premiere. It’s very special.  And, of course, we love Mama Mia. It’s really living a vacation life!”

To find out more about this murder mystery revue, visit MysteryOnTheMenu.com. Enjoy a delicious buffet dinner and witness a murder (or two) by calling 786-683-6078 to get all the sizzling details.