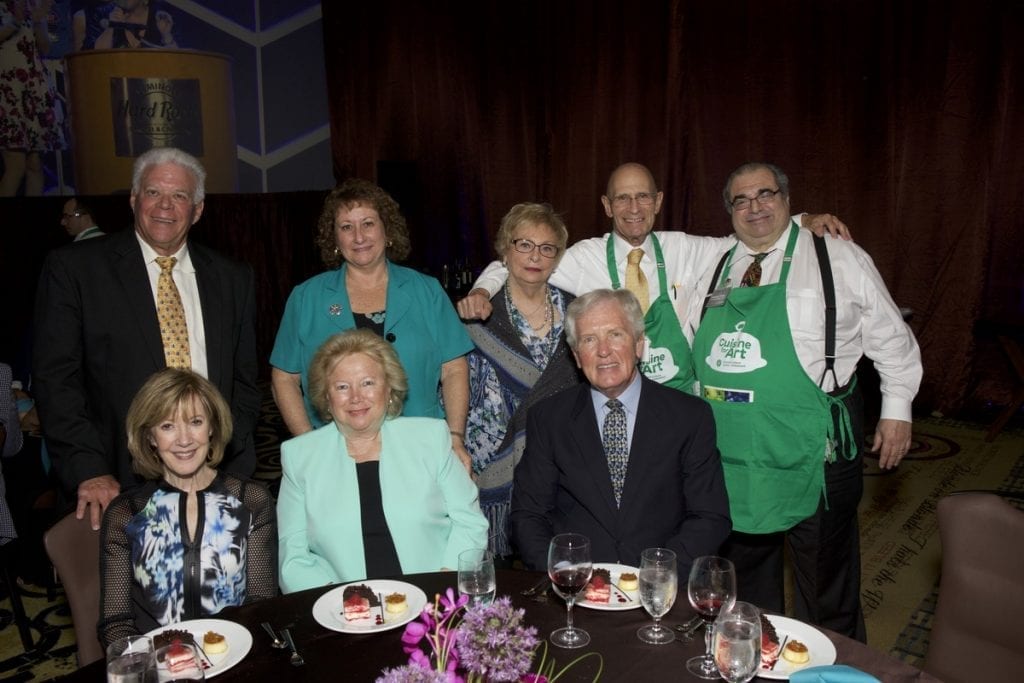 The Art and Culture Center/Hollywood raised more than $60,000 at its 19th Annual Cuisine for Art fundraiser, which was held at the Seminole Hard Rock Hotel and Casino on Friday, May 20. This year’s event honored #1 New York Times best-selling author Brad Meltzer, who gave an inspiring speech on the value of the arts.

Over 300 guests attended the event, which featured a cocktail reception and auction items such as a ride aboard the world famous Goodyear Blimp, incredible vacation packages, beautiful gift baskets, and more. This year’s emcees were Jacey Birch, Local 10 News anchor, and Trent Aric, Local 10 meteorologist.

on America’s Got Talent; 15-year-old singer and actress Julia Dale; DJ Slim Rok of Rock With U Entertainment; and award-winning multimedia artist Daniel Pontet, who produced a live performance in which he created a work of art using his feet that was accompanied by live music from Latin Grammy Award winner Federico Brito.

2016 Honoree Brad Meltzer is the best-selling author of such fictional thrillers as The President’s Shadow and non-fiction like History Decoded. He was named by the Hollywood Reporter as one of Hollywood’s 25 Most Powerful Authors. He is also the author of a series of illustrated children’s books, comics and the host of Brad Meltzer’s Lost History and Brad Meltzer’s Decoded on the History Channel.

The Art and Culture Center/Hollywood presents contemporary gallery exhibitions, live stage performances and high-quality education programs for adults and children. The Center fosters a creative environment where new and challenging work can flourish through programs that reflect the highest standards of artistry and diversity.