Why did she jump? Hollywood mom shares her daughter's battle with bipolar disorder 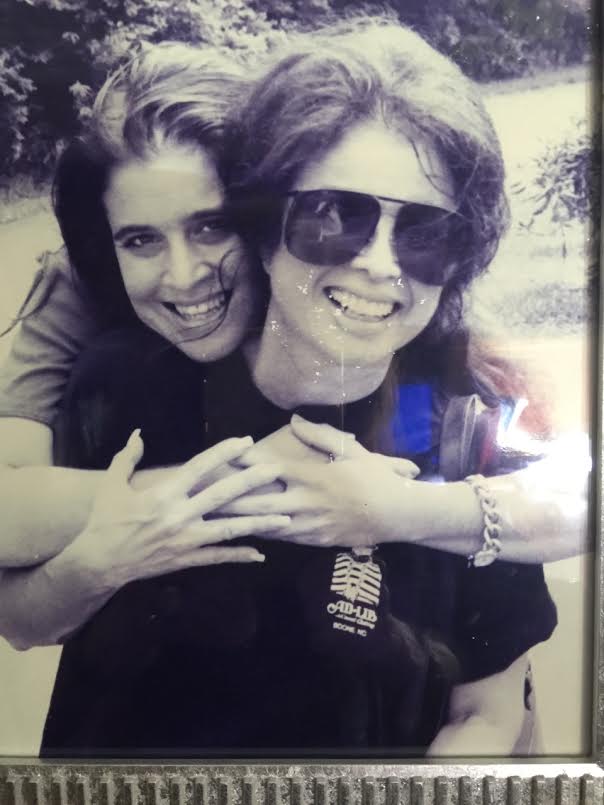 Joan E. Childs has been in private practice as a psychotherapist (LCSW) for nearly 40 years in Broward and Dade counties. She is also a resident of Hollywood for the past fourteen years living in West Lake Village and the mother of five. Sadly, she lost her eldest daughter, Pamela, when she was just 34 years old.

“On July 2, 1998, my beautiful, brilliant daughter, Pamela Ann Glassman, a clinical psychologist and social worker, leaped to her death from her father’s 15th story window.  She battled bipolar disorder for ten years,” shares Childs. “When in a delusional state, the disease pushed her out the window.  I don’t believe my daughter committed suicide; it was her illness that was her executioner.”

According to the Center for Disease Control (CDC), suicide is the 10th leading cause of death in the U.S. for all ages, ahead of homicide which is ranked 17th, and takes the lives of over 38,000 Americans every year and 800,000 worldwide according to the World Health Organization.

“As a child, Pam was precocious, lovable and adored by her family,” recalls Childs. “She did not exhibit any mental disorder until she was in high school; however, it went completely unrecognized as a mental disorder for many years.”

Childs says Pam appeared more like a typical contrary teenager with bad habits that included sloppiness, haughtiness, being confrontational and telling lies.  Her behavior became intolerable and after a confrontation between the two, Pam picked up and left home in November of her junior year to live with her father.

“There was no way I was able to convince her to stay and complete her junior year. She was a cheerleader, in Thespians and had many friends who tried desperately to convince her to stay and work it out with me.  But we were all powerless and in a split decision, she left her siblings and me. It was a shock to all of us and my heart was shattered when she refused to reconsider.”

Depression affects 20-25% of Americans ages 18+ in a given year; with suicide as the 2nd leading cause of death in young people from the ages 15-25, according to the CDC.

“It takes about 10 years to make a differential diagnosis for Bipolar Disorder,” explains Childs. “There are no tests to determine a diagnosis.  Today there is a spectrum.  We know of Bipolar I and Bipolar II, but now are convinced that there is a spectrum including I, II, III and IV depending on the symptoms and interview.  It is a very difficult diagnosis to determine because it mimics so many other psychiatric disorders.  Obtaining a differential diagnosis takes a skilled psychiatrist and a lot of time.  It’s a treacherous mental disorder often causing suicide in very violent fashion.”

Pam did move on with her education and graduated from University of Missouri, then attended Adelphi College where she received her Masters in Social Work and later a PhD in Clinical Psychology in L.A.   She was extremely successful as a psychotherapist where she worked for the John Bradshaw Institute in L.A.

“John referred to her as ‘a wizard therapist’,” shares Childs, “drawing the lightening to herself to help her patients who were there due to childhood traumas that were interfering with their lives as adults.  Many had been using drugs and alcohol as a way of self- medicating.  When they were sober, Pam would do the Inner Child work and teach them new ways to define themselves.  Her work was transformational.”

At 24, Pam came back to South Florida for a short time to be hospitalized.

“Her roommates contacted me to advise me that her behavior had been inappropriate and frightening.  They were extremely worried about her and could not continue to live with her due to her messiness and rapid mood changes.  They suggested she come home to be treated.”

According to the National Alliance on Mental Illness, only half of all Americans experiencing an episode of major depression receive treatment.

“Depression is a very devious disorder,” shares Childs.  “It comes in many different forms. Looking back through a rear view mirror, it was easy to recognize that something was not right.  Even in her therapeutic modalities, Pam was extreme, taking chances that most therapists would not do.  She broke down her patient’s defense mechanisms while drawing out the trauma that was stuck inside their brains. Fortunately, they were in a safe environment while she performed miracles, as they would say.”

What are Some Warning Signs?

“Watch for grades sliding, social changes like a loss of friends, not wanting to attend school or work, drug and alcohol use and abuse to numb out and self-medicate,” explains Childs. “Suicidal ideation, cutting, loss of appetite, staying in their rooms too much, isolating, lack of hygiene, overt sexuality, changes in their personality from vivacious to sullen.  Listen to their tone and attitude. Any changes from their normal behavior that sustains itself for a long period of time is suspicious.”

“I saw my daughter change from a beautiful, intelligent, successful woman into a regressive, frightened little child fearful that the devil was going to take her soul. She was hallucinating and fearing for her life that would be taken by the devil.”

These additional signs may mean someone is at risk for suicide, according to the National Suicide Prevention Lifeline.

Pam passed when she was 34 years old.  She was born in North Miami Beach on October 1, 1963, and appeared to be a normal, healthy, engaging, bright and precocious as a child.

“She had a charismatic personality,” shares Childs. “She was adored by her father, her siblings, her teachers, friends, grandparents, and of course me. I survived every parent’s worst nightmare.”

Childs says she had to make a choice. “Was I going to become a victim of this tragedy?  Would I simply survive and move on?  Or would I choose to take this loss and turn it into something that would make my daughter’s life and death meaningful and raise the conscious awareness of mental illness?”

Childs chose to be a PHOENIX, “not unlike the mythological bird that rises from the ashes to become stronger and more empowered.”

“This has become my mission,” she states. “To share my story and help others who have suffered similar tragedies, whether from mental illness or any other loss of a loved one caused by any other reason.”

After seven years, the culmination of Childs’ anguish became a book, Why Did She Jump? My Daughter’s Battle with Bipolar Disorder, which can be purchased at Health Communications, INC, Amazon.com   or ordered in any Barnes & Noble.  For more information visit Child’s website.

If you or someone you know is having thoughts of suicide, call the National Suicide Prevention Lifeline at 800-273-TALK (800-273-8255). Use that same number and press “1” to reach the Veterans Crisis Line. You’ll be connected to a skilled, trained counselor at a crisis center in your area, anytime 24/7.