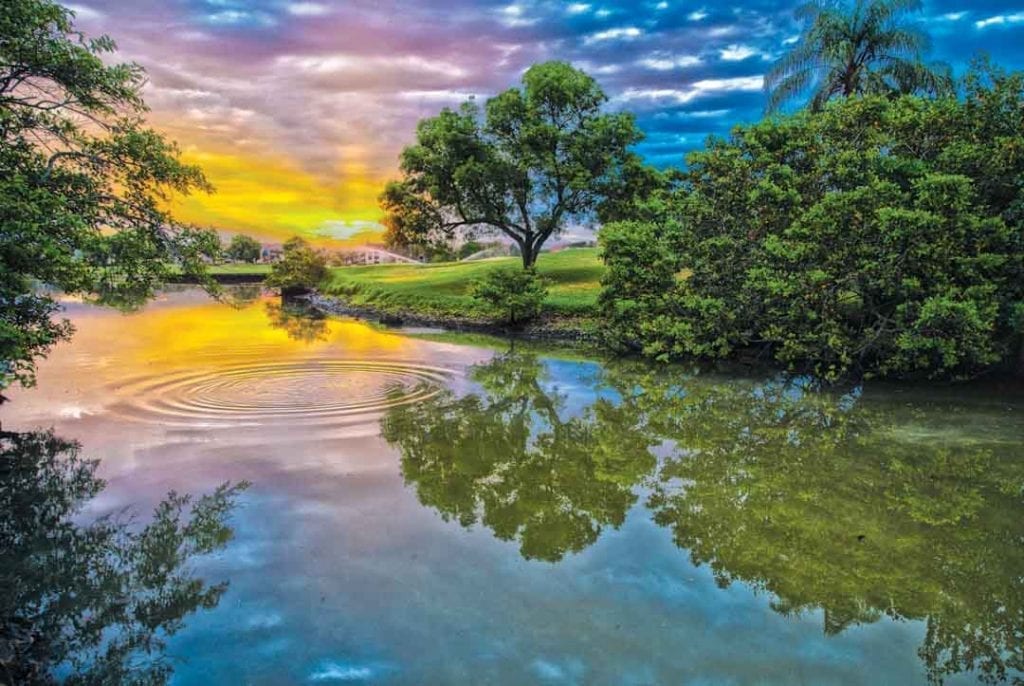 A group of residents who live on or near the Emerald Hills Country Club are organizing to stop the development of an apartment complex in their backyard.

Plans call for the construction of roughly 576 rental apartments and 80 condominium units on the Emerald Hills golf course. The developer’s plan proposes building 16 four-story and one eight-story building with parking lots for about 1,000 cars and was presented to a group of Emerald Hills homeowners earlier this year.

At the meeting, the new owner of the golf course told the homeowners that because there is less interest in golf, the golf course needs to be partially redeveloped. The residents who attended the meeting were mostly disappointed and angry at the proposal.

Some residents suggested to the owner that if he can’t or isn’t willing to renovate and improve the country club in order to make it successful, then he should sell it to a group of residents who will. Property records show the current owner bought the 167-acre golf course 3 years ago for $4,700,000.

They have formed a group known as “Keep Emerald Hills Green” to inform residents of the Emerald Hills Country Club’s desire to develop the golf course, create a unified voice opposing the proposed development, and advocate these oppositions to the City of Hollywood leadership in an effort to maintain all existing land use and zoning.  At the time of press the group had 461 members on their Facebook page.

The impact that rental apartments will have on the community will likely decrease the value of surrounding homes and increase traffic in the area. It will change the atmosphere of the Emerald Hills community from a highly desirable place to live to one that is less attractive, according to Khila Khani, of “Keep Emerald Hills Green.”

Goals for “Keep Emerald Hills Green” include preserving the overall feel of the community. The homeowners are proud to be a family-friendly community among the existing homeownership. They want to protect green space. Many residents moved to the area for the opportunity to be a member of the Country Club. Homeowners who purchased property in Emerald Hills expect to maintain property values based on the existing composition of the neighborhood. The current development proposition would defeat that purpose. They want to maintain the current population density. Any additional proposed development would increase the level in population density and traffic, according to Khani.

Currently, an online petition has been created demanding that the City of Hollywood deny any request to change the land use or zoning and deny any application for special exemption. The goal is to get at least 1,000 signatures, at the time of press there were already 531. The property is currently zoned as country club and its land use is open space and recreational. The committee will solicit membership aligned with the petition. The purpose of the membership will be to show support from the community.

Three years ago the Emerald Hills Country Club and golf course was purchased by First Eagle Management LLC, a company owned solely by Todd Schoenwetter. Mr. Schoenwetter now claims that the property is presently not financially viable and states that in order to regain that financial viability, the proposed redevelopment plan is required.  The owner also cited the declining interest in golf clubs across the country.  The Emerald Hills Golf Club is one of the most prestigious golf courses in South Florida.

On May 24, 2016, Mr. Schoenwetter notified a small group of residents about an “informational” meeting to discuss the proposed development.  The meeting was scheduled for the following evening, May 25, 2016.  Despite the short notice, the meeting pulled in about 60 or more residents and Hollywood Commissioner Dick Blattner.  The speakers included, Debra Orshefsky, land use attorney for Emerald Hills Country Club and Bainbridge; a representative from Bainbridge Development and Todd Schoenwetter.  Debra Orshefsky presented the proposed development plan that included the development of two rental communities in various positions on the existing portions of the golf course.  Residents immediately expressed their distaste for this type of development and vehemently opposed the proposed plans.

The developer and Emerald Hills Golf Course had planned to have another meeting the following week to continue discussion with residents about these proposals, but shortly after the first meeting, the second meeting was cancelled.

In Hollywood, there have been two recent efforts to redevelop privately owned golf courses. The effort at Hillcrest was successful. The golf course developer was able to gain the support of Hillcrest residents by offering a single-family home and town-home product that was considered an upgrade to the older Hillcrest condominium community. The unsuccessful effort was at Sunset Golf Course where local residents insisted that no development should occur on the 46 acre property to preserve green space, according to Josh Levy, a candidate for mayor of Hollywood.