Hollywood is hoping to develop Downtown into a major metropolitan hub citing demographic shifts, lifestyle preferences, and improved mobility options as key factors driving the desire for dense development.   Previous zoning regulations didn’t allow for a focus on large-scale urban design and planning, leading to isolated developments with no regard to the Downtown area as a whole.

Hollywood’s RAC covers an area of over 1,450 acres that includes Downtown Hollywood and the key commercial and residential corridors of Federal Highway, Dixie Highway, and a portion of Hollywood Boulevard.

At recent community meetings, residents expressed concerns that the area will end up overdeveloped. They fear that with so many large projects planned, Downtown is becoming too metropolitan and lacks the infrastructure to accommodate a large increase in population. Citizens worry that the larger buildings will impact the quality of life for current residents.

At a community visioning session in February, one of the major things residents say they love most about living in Hollywood is the small town feel.

Located east of 1-95 and west of 17th Avenue, the RAC is a high intensity, high density multi-use area deemed appropriate for growth by the local government. 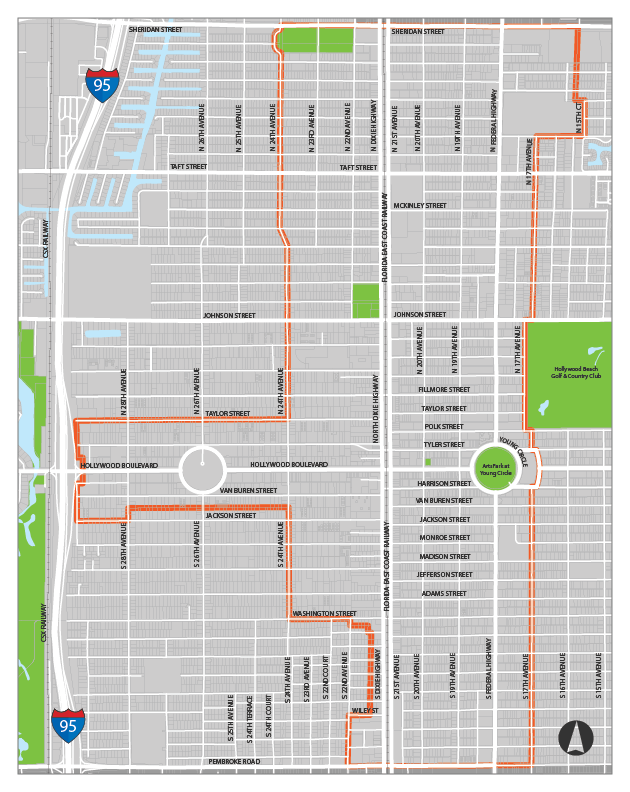 The goals of the Hollywood RAC are to encourage the development and redevelopment of the Downtown area, to facilitate mixed-use development, encourage mass transit, reduce the need for cars, and to create regulations that promote quality development.