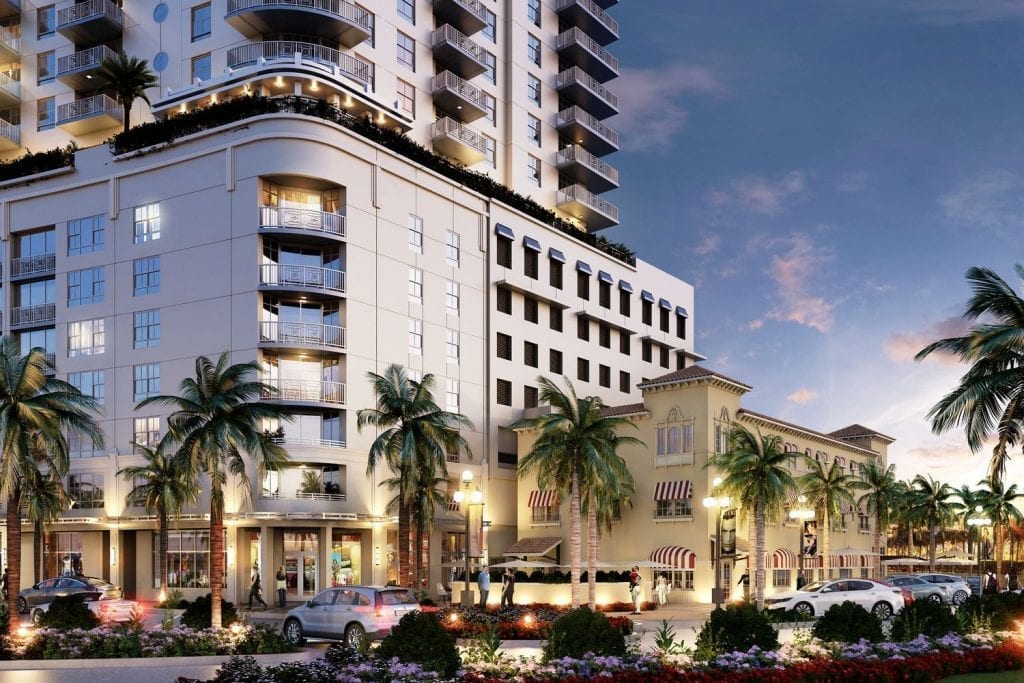 Construction planned for a new 19-story building to be known as Young Circle Commons in Hollywood to set to begin in a year. The project will incorporate the Great Southern Hotel, the historic landmark hotel that was home to workers who built Hollywood in the 1920s.  In recent years the dilapidated structure has become an eyesore, remaining vacant since 1991.

The Great Southern Hotel is one of four hotels built by Hollywood’s founder, Joseph W. Young.

Most of the new building’s space is dedicated to residential condominiums, however the first eight floors are set aside for a Hilton Garden Inn.

Construction will take between 18 to 24 months and is the culmination of 15 years of planning by developer Charles “Chip” Abele. The project will cost about $100 million and include 166 residential units, 103 hotel rooms and 391 parking spaces.  The hotel will occupy the first eight floors and the residential section will occupy the top 11 stories. More than 10,000 square feet is devoted to retail space.

Developers expect that the Hilton will be about 90 percent occupied, translating to increased customers for the Downtown district.  Anne Hotte, CEO/Executive Director for the Greater Hollywood Chamber of Commerce said she looks forward to a new upscale hotel in Hollywood believing it will bring more money to the City.

Mayor Peter Bober believes this project will help Hollywood. “We need expand the tax base in Hollywood and this project help do that,” he said.

Commissioner Traci Callari said she is excited about the possibilities this project will mean for Hollywood.

Commissioner Biederman is also strongly in favor of the project. “I think it is a great project and is long overdue,” he said.