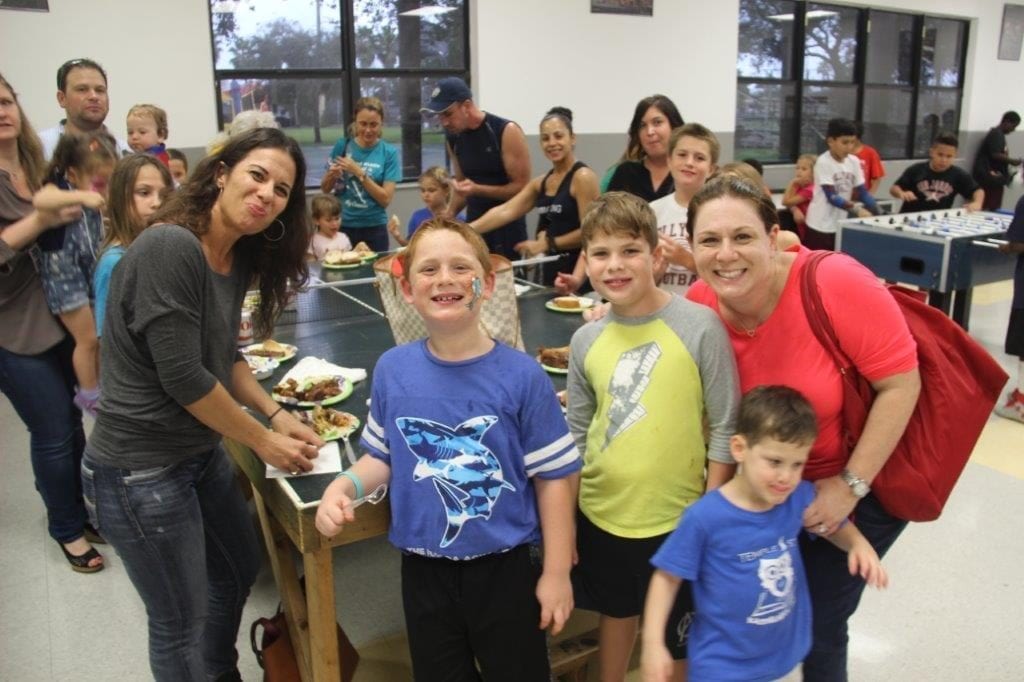 The Hollywood Police Athletic League (PAL) recently hosted its first open house and invited the community in to see the facility, have dinner and enjoy some fun activities.

Hollywood Police Chief Tomas Sanchez said he was glad to see people from the community getting together to take part in a social event and celebrate the success of the PAL program.

“We offer opportunities for young people to participate in sports. The PAL building is open to anyone in the community,” Sanchez said.

Sanchez and other Hollywood Police Department leaders say the PAL offers young people ages 6 to 18 a positive place to spend time. The PAL has tackle football for boys, cheerleading for girls, as well as boxing and other activities. The PAL runs a girls’ basketball league, and young people can also enjoy pingpong and pick-up basketball.

Those who want to compete in boxing at a higher level can do so at the PAL facility. Don-Niel Cundiff developed as a boxer at the Hollywood PAL. He won the 2015 and 2016 Florida Golden Gloves Boxing Championship in the 108 weight category.

“It has been hard, but it was a great feeling to win,” he said of his accomplishments.

Nadia Tomblin, a Hollywood resident, said she was glad to see people coming together to have a good time. She is pleased that the PAL facility offers a place for young people to go.

A Hollywood police detective started PAL in 1990 out of the trunk of his car. The program strives to prevent juvenile crime and drug use, provide positive role models for youths, develop discipline and moral values through wholesome competition, and create better relationships among police and young people.