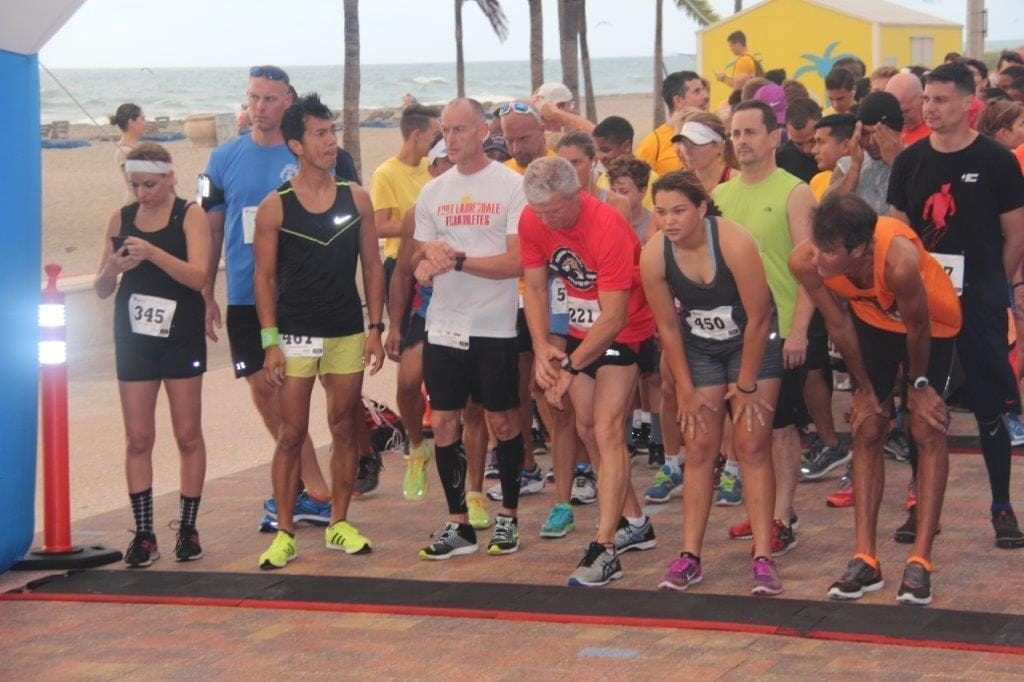 Alice Henley, winner of the women’s race enjoyed participating. “It was a windy day but I enjoyed running this course,” said Henley, who works for Dania Beach Ocean Rescue.

Lt. Colonel Dustin Bishop, who is a member of the U.S. Army and serving in the Southern Command also enjoying participating in the 5K run. “I enjoyed running along the beach and I’m glad this race helps the Wounded Warrior Project,” said Bishop, who served in Iraq and Afghanistan.

Andrew Paguaga, Hollywood resident and a leader of the Sea Cadets participated in the race. After he finished running, he cheered on other members of the U.S. Naval Sea Cadet Corps. “This was a great event. I loved getting people together to support the Sea Cadets,” said Paguago. He plans to join the Coast Guard after graduating from Sheridan Hills Christian School.

Dr. Lynn Drucker, the director of the race and an instructor for the Sea Cadets enjoyed the race. “We raised money for the Wounded Warrior Project and the U.S. Naval Sea Cadet Corps,” she said. “We had a good race and over 500 people participated.”

The Sea Cadets offer young people age 10 to 18 an opportunity to learn about the sea services including the U.S. Marine Corps, the Merchant Marine, the U.S. Coast Guard and the U.S. Navy. Members participate in a fitness program on Saturday morning that includes running and calisthenics. They learn about ship operations, survival techniques and firefighting. Most members go on to pursue careers in the sea services.  Many of the Sea Cadets participated in the 5K run.