Walk to End Alzheimer’s brings thousands of people together in Hollywood; raises over $321K 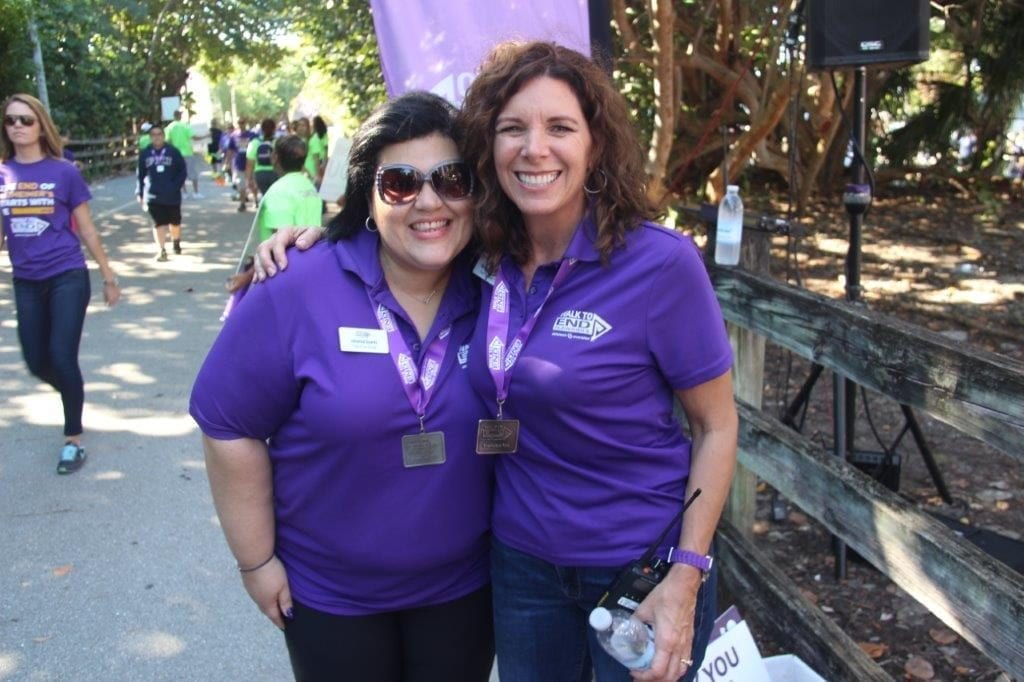 On Sat. Oct. 22, nearly 3,500 people gathered at Hollywood North Beach Park to participate in the 2016 Walk to End Alzheimer’s. They walked 2.5 miles along Hollywood Beach and enjoyed some fellowship time with the community.

Many of the walkers were part of about 300 teams that participated in the event.  Some were from businesses, faith groups and service organizations, others walked as families, often to honor a loved one who had died from Alzheimer’s or suffers from the disease.

One team, Never Give Up Nicklas, walked to honor a retired pastor of Our Savior Lutheran Church and School in Plantation who is struggling with Alzheimer’s. The group included about 40 walkers and raised about $7,500.

Hollywood Commissioner Patricia Asseff walked to honor a best friend who suffered from Alzheimer’s. “I love being a part of this event,” she said.

Alzheimer’s is a disease that strikes many people at a time when they could be enjoying the fruits of a life spent working hard and raising children. Many people are faced with memory loss and as the disease progresses, they can no longer care for themselves.

Lulu and Jorge Gamez walked to honor Lulu’s grandmother who struggles with the disease. “This is amazing and we had a great time,” said Lulu.

Jody David was also impressed by the number of people who came. “This is a really nice walk and we are all walking to for a good cause,” said David.

Debbie Savage enjoyed being a part of the Walk. She was honoring her aunt who had the disease. “This is awesome and a great celebration,” she said.

Karen Harrington, a commissioner for Memorial Health Care System participated in the Walk and was pleased that so many people participated. She said the System is working to expand its program to care for people who suffer from Alzheimer’s and their care givers.

Mark Todd, chairman of the board for the Alzheimer’s Association, Southeast Florida Chapter was impressed so many people came to the event.

Johanna Suarez, a co-chair of the Walk said the event exceeded its fundraising goals and that people can still donate to the Walk.