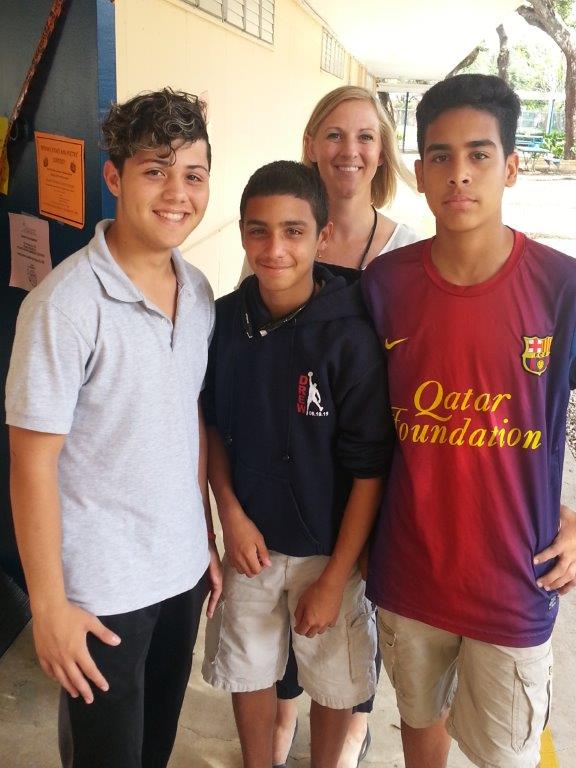 Soccer is an international game. From young people in extreme poverty to those who live in more affluent areas, kids of all ages can get a game going and find camaraderie with the help of a soccer ball. And now, a group of students ages 10 to 14 at Paragon Academy have found this same bond, becoming good friends as part of a newly formed school soccer team.

“We noticed some of the older kids playing soccer and we saw how enthusiastic they were, so we put together a school soccer team,” said Jane Miskell, assistant principal.
Thirteen students played for the co-ed team, achieving a 6-1 record. As part of their accomplishments, the students recently defeated a strong Champion Academy of Distinction at Davie team in a tournament semifinal.

The team includes students from various nations and they have worked hard together to become a winning team, Miskell said. She said she is proud to show people the school’s soccer field.

While some of the players were born in the United States, many come from abroad and speak Spanish as their first language. Their love of the game bonded them, however – and their parents became good friends at the games as well.

Amy Morinelli said she has enjoyed being the students’ coach. “They work hard during practices. They are very enthusiastic and they are a good team. The kids have a lot of passion for soccer,” she said.

Team captain Abraham Salas is from Venezuela. “I love soccer and being a part of this team,” he said.

Paragon Academy has almost 500 students and is continuing to grow. The school is also working to develop a flag football and basketball program.