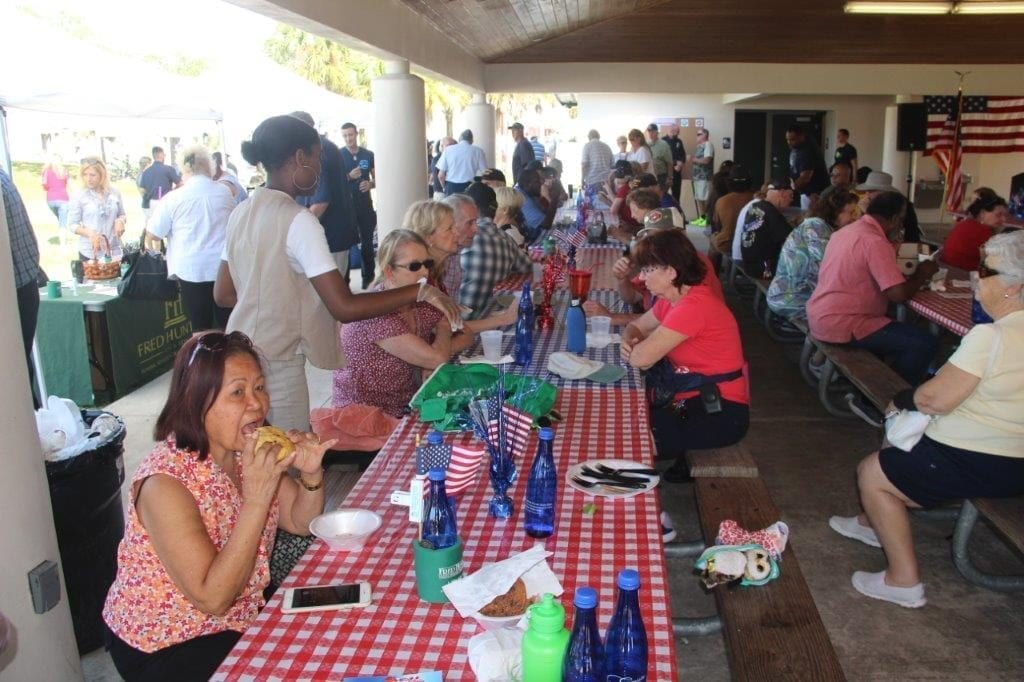 “I am a veteran and I’ve had a good life,” Levine, who served in the Philippines, said as he complimented the gathering of those attending the recent 6th Annual Veterans Barbecue at TY Park.

Eddie Aviles, a Marine who served in Vietnam, also enjoyed the day dedicated to service members. “This is a good barbecue,” he said.

The annual barbecue began in 2011, with Mayor Peter Bober leading the effort to make the event honoring military heroes a reality. “I wanted to do something to make veterans and military personnel in our City feel special over the Veterans Day weekend.”

All Hollywood military personnel, veterans and their families were encouraged to attend the event to celebrate their service. The menu included traditional barbecue fare, including chicken, hamburgers, and other items. Jaxson’s Ice Cream offered complimentary scoops of ice cream.

U.S. Rep. Debbie Wasserman Shultz attended the event. “I believe it is important to recognize the contribution military veterans have made,” she said.

Mayor Bober said he is proud that he was able to get the event established. “Our veterans have done a lot for us and we should always support our veterans,” he said.

Incoming Hollywood Commissioner Debra Case, whose husband is a veteran, said the event was emotional.

Veterans from all branches and eras of recent history attended, including those who served in World War II, Korea, Vietnam and in the wars in Iraq and Afghanistan. Live entertainment capped off the day.

“We had a good time today,” said Dave Covington, a U.S. Air Force veteran who attended with his wife, Blair.