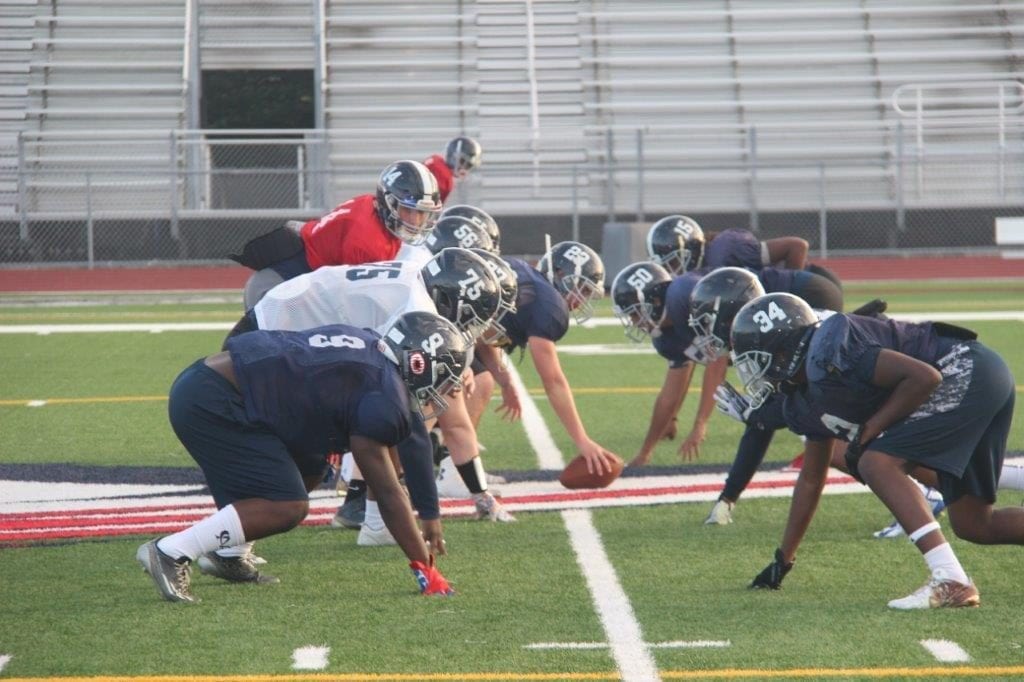 The Chaminade Madonna football team is very excited about playing in the Class 3A state championship game against Jacksonville Trinity Christian on December 10 in Orlando.

Chaminade-Madonna Coach Dameon Jones is very pleased with the Lions team and believes this team has a good chance of winning the state championship. “We have a great team. The players have really bought into the program. They are very talented and they just jelled together,” said Jones.  “We are looking forward to playing in the state championship.”

Jones is in his first year as the coach of Chaminade-Madonna. He took over the program just before practice began for the fall season.

Xavier Williams who plays wide receiver and cornerback looks forward to the upcoming state championship game. “We have had a great season. For the championship game, we need to stick to the game plan. We have really come together as a team,” he said.

Williams said he has 23 receptions for 624 yards receiving and 8 touchdowns. A junior with another year at Chaminade-Madonna, he has received at least 20 football scholarship offers. He is considering scholarship offers from Alabama, Florida, Miami and Clemson.

Shivers said he has scored 19 touchdowns and rushed for 1363 yards. He

has committed to play for Auburn University but has one more year at Chaminade-Madonna. During the recent victory over Melbourne Central Catholic, Shivers scored five touchdowns. He scored on runs of 1 yard, 64 yards, 24 yards, 9 yards and 25 yards. He had 270 yards rushing on 27 carries.

Cody Watson, a linebacker and strong safety and a senior will play football next year at Fresno State. “It is a great to be in the state championship. We need to stay level headed and work hard,” said Watson. “I want to bring back the glory days.”

James Williams, a cornerback and a safety said, “It is amazing to be in the state championship.”

Andre Torres, the Chaminade-Madonna athletic director said he is impressed with the Lions football team. “Dameon Jones has done a fantastic job. It took time, but the team jelled together and now they are playing well. We have a tradition of good football here.”

Torres said Chaminade-Madonna has not won the state championship since 2005. He is impressed by the leadership of this year’s team and the commitment of the players.

The Lions have a 10-3 record. Trinity Christian is the defending state champion.